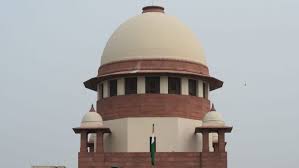 This is an exhaustive article which deals with the various provisions related to the appointment of Judges in INDIA.

Composition and Appointment of Judges in India

ACC. To Article 124(2), the president has the power to appoint every judge of the High Court by warrant under his hand and seal on the recommendation of the NJAC (124A). Under Article 124(1), there should be 1 Chief justice of India (CJI) and 7 other judges, but parliament have
the power to increase the number of judges, Now there are 27 Judges including CJI and the maximum possible strength is 34.

When the seat of the CJI is vacant for any reason, any other judge of the Supreme Court
holds the office whom the president appointed for this purpose while the appointing of
Chief justice.

The CJI may call a judge to act as an ad-hoc judge of the Supreme Court, for such period as may be necessary, if the quorum of the Supreme Court is insufficient to hold the office. Before making such an appointment, the CJI has to consult with the Chief justice of the High Court and obtain the prior consent of the President.

Appointment of the Judges

Appointment of Judges of the Supreme Court is an ambiguous topic for discussion, to under the present method of appointing as a judge, its better if we divided it into three-phase:-

Before 1994 I Phase- How to appoint the Judges

Before the year 1993, the power of the president to appoint the judges was pure of a formal nature, he would act in this matter as in other matters on the advice of the COM (council of ministers). The final power to appoint the Supreme Court judges to rest with the executive. On one side we talk about the supremacy of the Judiciary,

In 1973, the government suddenly departed from this practice and appoint Justice A.N Roy as a Chief justice of India, he was the Fourth senior-most judge, thus other three senior judges were by-pass, who then resign from the court in Protest this raised a hue and cry in the country and government was accused of tampering with the independence of the judiciary.

The same thing happens in 1976, the Justice beg was appointed as chief justice bypassing justice Khanna who was senior to him at that time, suddenly justice Khanna resigns in the protest.

When the government has the discretion to appoint the chief justice there was no guarantee that the best man for the post will be always be appointed, Appointment of a junior judge always results in the resignation of a judge senior to him like justice AN Roy or Justice Beg.

After 2014 III Phase-Appointment of judges

In SP Gupta V. UOI, AIR 1982 SC 149, the executive came to wield overriding power matter in the matter of appointment of Judges.

This Commission Consist of:-

A person should be a citizen of India In addition, he may have been-

Judges of the Supreme Court may be Resign his offence by writing to the president. He holds office until he attains the age of 65 years. If a question arises regarding his age.

REMOVAL OF A JUDGE

The question of the removal of a judge before the age of retirement is an important one as it has a significant bearing on the independence of the judiciary.