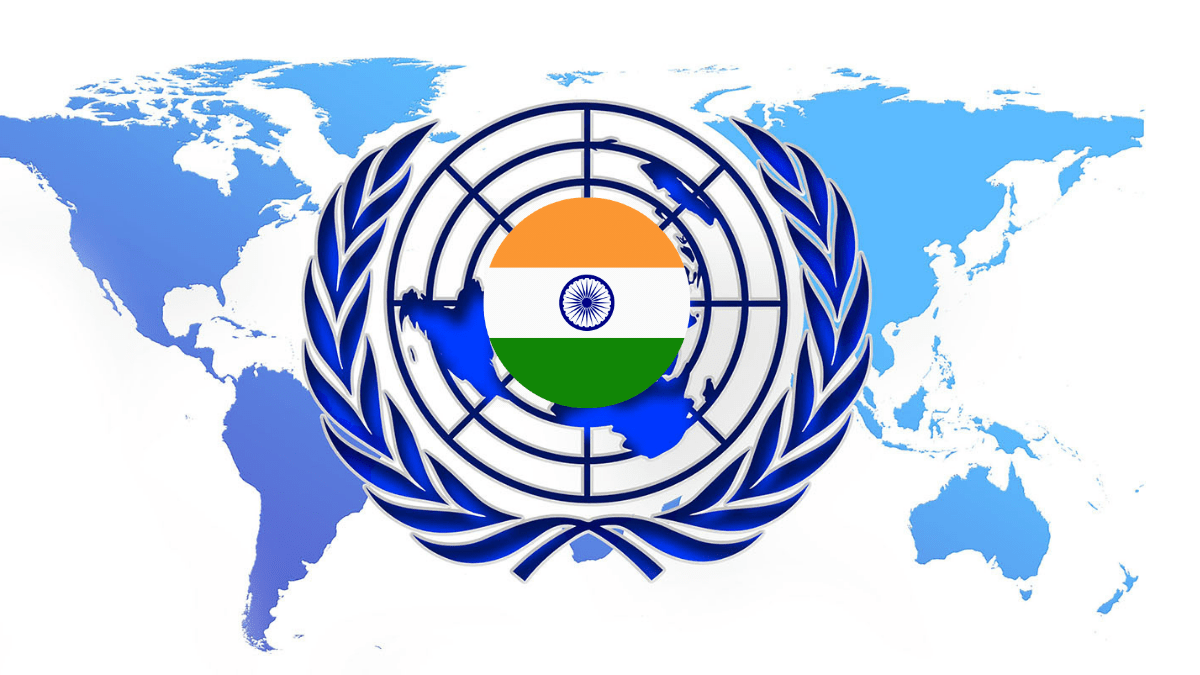 In the long run, India will have to make some difficult decisions. It has spent a lot of time and money lobbying the world through its diplomatic embassies, hoping to get the support of countries like Mauritius, other African nations, and the islands off the coast of the Pacific atolls to support India’s case.

In the 1950s, India missed a good opportunity when America was friendly to her membership, but she pursued the cause of China instead. Even now, as US Secretary of State Bliken stated during a recent visit, the US favours a Security Council increase — but without veto power.

This agreement has already been approved by Russia. This is what India should study, but with one caveat: the veto must be exercised.

The primary duty for maintaining international peace and security rests with the Security Council. It consists of 15 members, each of whom gets one vote. All UN Member States are bound to follow the Council’s decisions under the Charter of the United Nations.

The Security Council is in charge of evaluating whether a threat to the peace or an act of aggression exists. It encourages disputants to resolve their differences in peaceful ways and suggests techniques of adjustment or terms of the settlement.

To maintain or restore international peace and security, the Security Council may impose sanctions or even approve the use of force in certain circumstances.

With India joining the United Nations Security Council (UNSC) as a non-permanent member on January 1, 2021, and the UN’s 75th-anniversary celebration (2020) extending into the following year, the debate on UNSC reforms continues, despite many countries, including India, making a strong case for reform.

The fact that unilateral and multilateral actions continue to occur without UNSC penalties, as well as UN reticence and reported delays in declaring coronavirus a pandemic, are perceived as arm-twisting by P5 members. In the absence of reforms, the UNSC has passed resolutions granting stipends to UN-designated global terrorists and diminishing the global response to the century’s biggest security crisis, to name a few instances.

It’s also a truth that there is no other organization comparable to the United Nations in terms of global recognition and membership, with a significant number of missions of various kinds to its credit, and for varied global functions. However, it must be changed to satisfy the demands of developing countries.

The United Nations Security Council (UNSC) was formed in 1945 by World War II winners to serve their interests, and the UN Charter was drafted to reflect this, giving them permanent membership and veto power in the council. Since then, geopolitical, strategic, and economic circumstances have altered dramatically, but the UNSC has not adjusted to these changes.

With the global economy and population axis shifting to the Indo-Pacific, the UN is on the verge of becoming irrelevant unless it transforms itself, with minimal Asian representation and no African or Latin American participation.

In its current configuration, the UNSC does not represent the developing world or global needs, with policy primacy being a political weapon in the hands of the P5.

By 1992, India, Brazil, Germany, and Japan (known as the G4) had established their claims and reasoning for permanent membership. India has been a member of the United Nations since its founding, has the world’s second-biggest population, and is the world’s largest democracy, making it well-suited to represent South Asia, and has provided the most peacekeepers to the UN so far.

Brazil is the most populous country in Latin America (an unrepresented region) and the world’s fifth-largest.

Japan and Germany are two of the major financial contributors to the United Nations.

Apart from the G4 countries, South Africa (Africa’s largest economy) is also a claimant, as the continent is still unrepresented at the permanent members’ table. Regional competitors such as Italy, Pakistan, Mexico, and Egypt dropped the pitch for G4 reforms, forming a new interest group called “Uniting for Consensus,” which opposes G4 becoming permanent members with veto power.

The General Assembly Task Force on Security Council Reform and 2005 Kofi Annan’s plan to increase the UNSC to 24 members, with various combinations for equal representation, further attempted to expand the UNSC and reform it, however, none of these initiatives was successful.

Reforms to increase the UN’s efficacy and response to worldwide security concerns are pointless unless the UNSC veto power with the P5 is abolished, which allows any of them to prevent the approval of any “substantive” draught Council resolution, regardless of international support.

Since its origin, various proposals have been made, ranging from completely removing veto power to utilizing it only for essential national security matters and needing consent from many states before employing it, thus respecting the consensus principle.

The problem is that Articles 108 and 109 of the United Nations Charter offer the P5 veto power over any Charter amendments, forcing them to accept any changes to their own UNSC veto power. As a result, it is clear that the UNSC cannot be reformed even if one of the P5 members refuses to consent to any reform.

In the past, the UNSC has been unable to reach a consensus on some significant global security concerns, resulting in interventions by countries, primarily from the P5, without UNSC resolution.

A few examples include the United States’ involvement in the Iraq conflict and the Warsaw Pact’s involvement in Afghanistan. Having veto power as a P5 member does not guarantee that a resolution, no matter how crucial, would pass in its favour.

However, it ensures that no resolution that is detrimental to its interests will be approved by the UN Security Council. As a result, it provides P5 members with a profitable authority that they will not want to give up or share.

The G4 members agreed to a compromise to become permanent members without veto power at some point in the past, although this signifies very little in terms of improvements.

Because the Permanent Members (P5) of the UNSC are currently a divided house, the veto power is the most significant impediment to any resolution being passed, even if it is in the best interests of any one of the P5 members or their allies/partners.

For the first time since 2012, India is chairing the core sanctum of global geopolitical power at the United Nations Security Council. This is a critical diplomatic step forward. Like no other platform, it allows New Delhi to express her primary concerns in the global security commons.

India got off to a good start with the first discussion on maritime security and open ocean freedom of navigation, an issue that has the support of other maritime democracies and has clearly made the People’s Republic of China uneasy.

Many such opportunities will arise, enhancing India’s global footprint and bringing cross-border terror and the need for broader market access for poor countries, among other matters of direct relevance to India, to the world’s agenda.

The issue is the gloating at home, because this isn’t a superpower moment, despite what the hyperventilating broadcast media and Twitterati may have you believe. This possibility does not make India a world leader overnight.

The v with a capital — the Veto – is the elephant in the room, not India. The Security Council, in fact, is an organisation that has outlived its usefulness. Without a veto, it’s little more than a glorified talk shop allowing non-permanent members to air their grievances, albeit with some diplomatic leeway.

The fact that India, which accounts for one-sixth of humanity and has a $3 trillion GDP and nuclear weapons, is not a permanent member calls into doubt the body’s relevance. This is especially true when the United Kingdom has a veto in the Security Council.

This fact comes as a shock to many on that magnificent island. Following WWII, and particularly after the Suez crisis, the United Kingdom plainly punches above its weight in the world’s highest decision-making body. It makes the permanent members look a little foolish on their own.

To put it another way, India’s chairmanship of the UN Security Council casts a light on a past that refuses to give way to a present that has already arrived. India must not squander this opportunity to demonstrate her worth.

Afghanistan is a once-in-a-lifetime opportunity. Even India’s natural foreign partner, Russia, has cut India out of the deal-making process. India gained a point by calling a last-minute Afghan situation debate, highlighting the Security Council’s growing insignificance as deals are made in trilateral fora rather than the august legislature.

This kind of strategic positioning is what will make this time at the high table worthwhile.

It is past time to state unequivocally that India does not have an infinite amount of patience. Indeed, India’s time is running out – Japan, a close ally, and Indonesia, a potential partner, are hot on their heels with diplomats who have been much busy than India’s and have spent far more money arguing their cases for permanent membership.

In the next years, India may need to make a significant change in its strategy. The United Nations may require a cold shoulder rather than a warm welcome. This will be a difficult sell for a country whose strategic ethos is based on the equally nebulous concept of the international community.