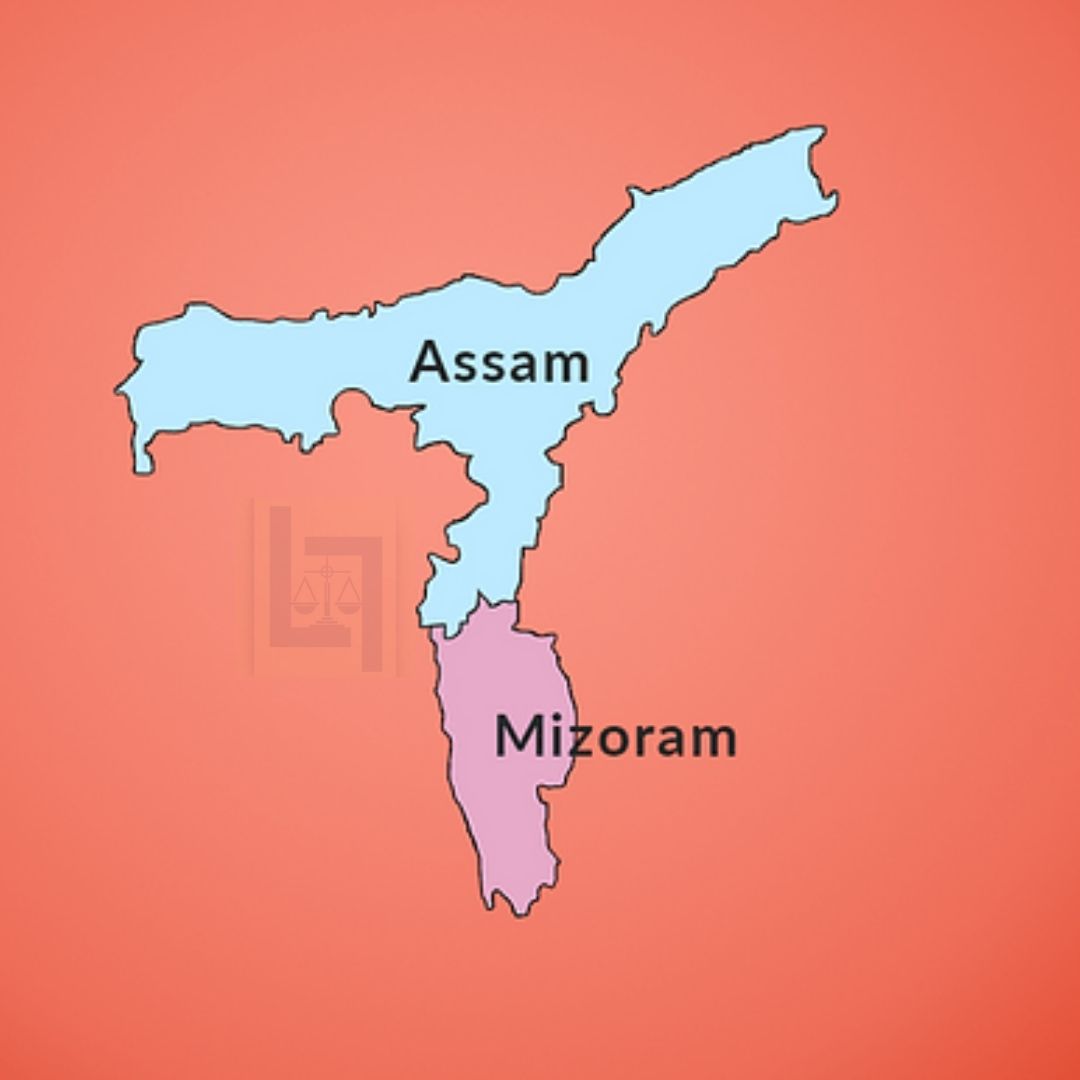 A long-running controversy over the 165-kilometre Assam-Mizoram border has its roots in a disagreement over two border demarcations that date back to the days of British colonial administration, as well as a disagreement over which delineation should be followed.

During the mid-19th century, British tea estates appeared in the Cachar lowlands – the Barak Valley, which now includes the districts of Cachar, Hailakandi, and Karimganj – and their spread caused tensions with the Mizos, who lived in the Lushai Hills.

Assam Gazette published an article in August 1875 announcing the establishment of the southern boundary of the Cachar district. According to the Mizos, this was the fifth time the British had drawn the boundary between the Lushai Hills and the Cachar plains, and the first time it had been done in consultation with Mizo chiefs. This also served as the foundation for the Gazette’s publication of the Inner Line Reserve Forest delineation two years later.

It was not until 1933, however, that the boundary between Lushai Hills and the then princely state of Manipur was officially established – it said that the Manipur line began at the trijunction of the Lushai Hills, the Cachar district of Assam, and the state of Manipur. However, the Mizos reject this delineation and point to the 1875 border that was created in cooperation with their chiefs as a more accurate one.

Following independence, several states and union territories were created out of Assam: Nagaland (1963), Arunachal Pradesh (UT 1972, formerly known as the Northeast Frontier Administration), Meghalaya (UT 1972), and Mizoram (UT 1972). (UT 1972). According to officials, the status quo in the no-land men along the boundary between Mizoram and Assam was to be preserved following an agreement between the two states.

However, in February 2018, violence erupted after the students’ union MZP (Mizo Zirlai Pawl) constructed a wooden rest house for farmers on property that had been claimed by Assam and which was later razed by the Assam Police Department. Last October, confrontations erupted twice in a week over development in Lailapur (Assam) on territory claimed by Mizoram, resulting in the deaths of two people.

Agreement between Assam and Mizoram

As part of a bilateral agreement, the status quo in the border area of no man’s land must be preserved, Mizoram Minister Lalthangliana had told The Indian Express earlier this month. However, violations of this agreement have been recorded several times during the previous several years, resulting in significant turbulence.

The conflicted territory was the scene of an altercation in October 2020 after a group of people from the Mizoram side of the border set fire to some huts built by residents of Assam’s Lailapur village on a portion of the border between the two states that was being contested, according to EastMojo News Service.

In Mizoram, Kolasib Deputy Commissioner H Lalthlangliana stated that seven Mizo citizens were hurt in the incident, which occurred after people from Assam’s Lailapur launched attacks on Mizoram security forces.

A farmhouse belonging by a Mamit district resident was destroyed by authorities from Assam’s Karimganj in another property dispute that occurred in the same month.

The Assam and Mizoram governments have reached an agreement to resolve the present border issue and develop tight collaboration to prevent future problems from arising.

At the end of February 2018, tensions in the region had erupted after an MZP-built wooden rest house in a reserved forest area between the state of Assam’s Hailakandi and the Mizoram town of Kolasib was demolished by Assam police, with the government claiming the land beneath the structure as its own.

Following the event, both governments promised the Centre that they would not tolerate any gatherings of people at the point of controversy and that the status quo would be maintained in the region.

Recently, on Saturday, 24 July, the ongoing border dispute was discussed at a meeting presided over by Home Minister Amit Shah, in which the chief ministers of both states were present. Following the confrontations on Monday, Shah talked by phone with the chief ministers of Assam and Mizoram, urging them to seek a peaceful settlement to the conflict, according to the Press Trust of India.

Both chief ministers expressed their confidence in the home minister, reaffirming their commitment to maintaining peace and reaching a peaceful resolution to the border dispute. An official notice published on July 22 revealed that the Mizoram government has established a boundary panel to handle the sensitive issue of the state’s border with neighbouring India. The panel, which will be presided over by Deputy Chief Minister Tawnluia, will look at a variety of issues about the Mizoram-Assam border.

Future Steps towards a new resolution

Conflicts have erupted in the past in connection with the Assam-Mizoram border issue, with records of such incidents dating back to the 1970s and 1980s, respectively. In 2020, however, there was a big flare-up, which was followed by violence this year at a time when Assam is headed by the BJP, which is also an ally of the Mizo National Front-led administration in the neighbouring state.

Lieutenant General Shokin Chauhan writes in a Financial Express column that the Centre can help resolve internal border disputes “by either persuading the concerned states to sit down and negotiate and seek a solution or by establishing an independent boundary commission whose recommendations would be binding on all parties involved.”

During a press conference following clashes on the state’s border with Nagaland in 2014, then-Assam Chief Minister Tarun Gogoi told The Times Of India that “several border commissions have been established to settle the issue with Nagaland, Arunachal Pradesh and Meghalaya, but the recommendations of these panels have not been accepted by the other states.”

Opinion of the Legal Experts

Border issue between Assam and Mizoram may be settled by either the Supreme Court or Centre, legal experts said on Tuesday. One analyst termed the looming border issue a constitutional disaster.

Officials said five Assam policemen were murdered Monday while guarding the state’s “constitutional line” with Mizoram, and over 60 were injured, including an SP. While senior attorney Rakesh Dwivedi and Assam’s standing counsel Debojit Borkakati advocated for the Centre to intervene and facilitate a peaceful resolution, prominent lawyer Dushyant Dave advocated for President’s Rule in both states.

Dave said the Constitutional machinery failed in both states, and the violence is the worst form of inter-state insurgency since India’s independence. If these states had grievances, they should have brought them before the Supreme Court. Their right. They should have gone to court first, Dave says. He claimed the event warrants sacking both administrations and keeping the states under President’s Rule through Governor.

Dwivedi, a constitutional law expert, said the two states have two options: one is to contact the federal government and urge it to address the issue through Parliamentary legislation. They can also appeal to the Supreme Court under Article 131, but that takes time. Meanwhile, the Centre can convene a high-level committee with the states to address the matter.

Supreme Court Advocate on Record Debojit Borkakati said states can appeal to the high court, but it would take time. The process of gathering and analysing evidence takes time; thus, border conflicts do not resolve quickly. So, instead of seeking legal remedies, the states should practice restraint for a while, he added.