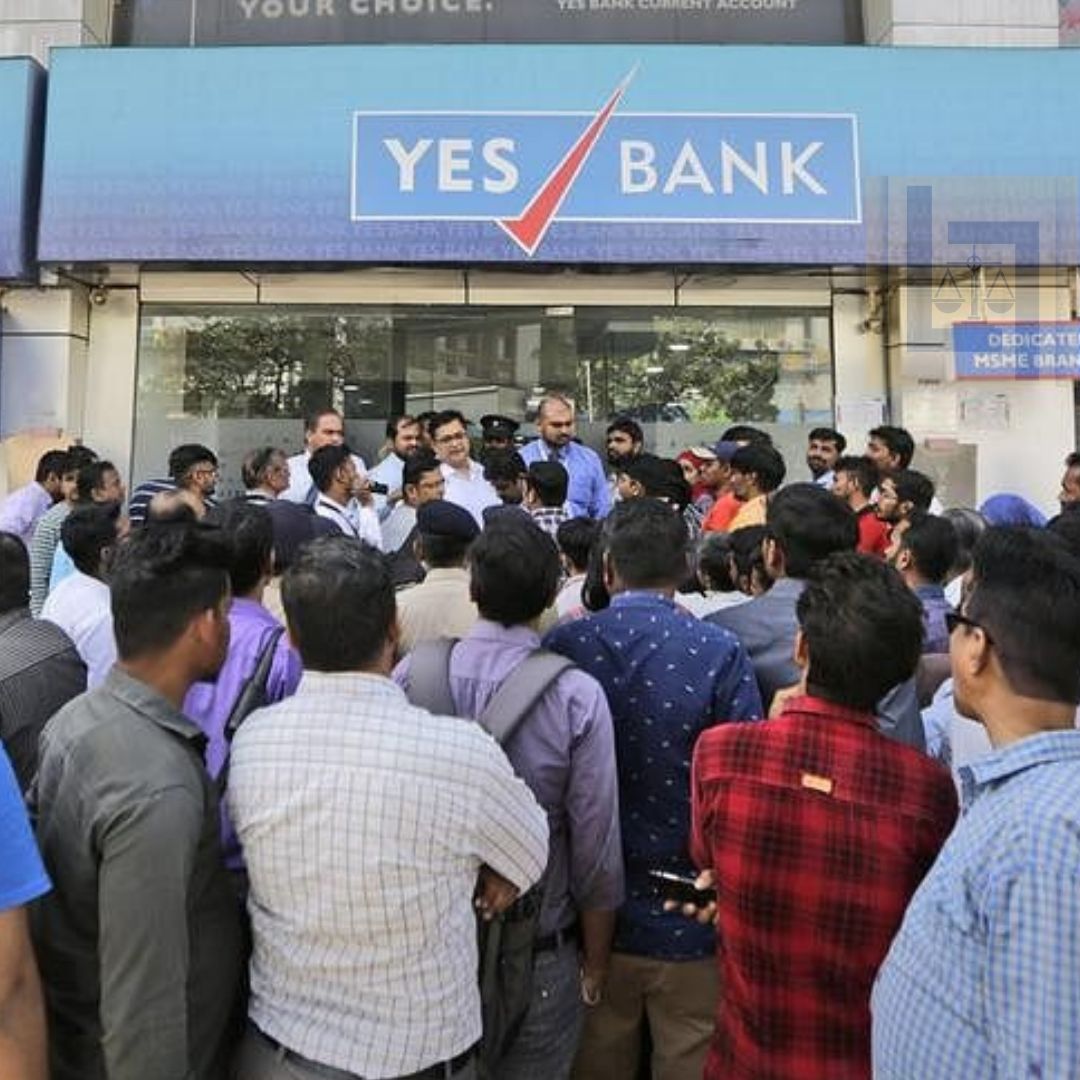 Over various decades, financial crimes and multifarious criminal activities within the corporate sector have been witnessed, the very first being the Mundhra Scam, which came to light in 1957 and is considered to be the first big financial scam of independent India to the present day Yes Bank crisis. With the advancements in technology and the complex nature of legislations and institutional frameworks, corporate crimes are increasing and the graph seems to be rising continuously.

In the year 2004, new guidelines came into place in connection with the entry and licensing of private sector banks. Yes, Bank was one such bank constituted by Harkirat Singh, Ashok Kapur and Rana Kapur and went on to become the 4th largest private sector bank in India. Before the three partners constituted Yes Bank, they were partners of a Dutch multinational banking and financial services company.

Both the brothers-in-law, Ashok Kapur and Rana Kapoor sold their shares worth millions of dollars and invested them into their envisioned Yes Bank. The bank established a customer-centric and service-driven atmosphere and became a role model for future corporates in the country. Of the three partners, Harkirat Singh left early on and rather abruptly citing non-mutuality of objectives as the reason, whereas Ashok Kapoor died in the 26/11 Mumbai terrorist attack.

The events that happened in the Yes Bank have been a riddle and a puzzle that has to be solved and is also a question to every individual. The only thing that is crystal clear is that thousands of crores owned by the DEPOSITORS were plundered by this bank. It may even be stated that it is one of the biggest financial frauds which cannot be unexampled in this world.

It could be rightly said that it was a chain of banks, promoters, senior bank managements, auditors, borrowers, regulators from the RBI and the key government officials who all worked for hand in hand and due to which the people that is mainly the retired people, honest taxpayers, etc. are the one who has suffered a loss that to in masses.

Between 2004, when it was launched, and 2015, Yes Bank was one of the buzziest banks. Right from the beginning, Yes Bank was achieving a rise and growth of 10 to 12% but now after few years it was 30%, still, no concern was shown by the regulators and no questions were asked. Did they not take any notice of this or deliberately turned a blind eye to this matter?

In 2015, UBS, a global financial services company, raised the first red flag about its asset quality. The UBS report stated that Yes Bank had loaned more than its net worth to companies that we’re unlikely to pay back. However, Yes Bank continued to extend loans to several big firms and became the fifth-largest private sector lender.

But, the type of firms and sectors to which Yes Bank was lending resulted in the start of the crisis. According to one estimate, as much as 25% of all Yes Bank loans were extended to Non-Banking Financial Companies, real estate firms, and the construction sector. These were the three sectors of the Indian economy that have struggled the most over the past few years. Yes, Bank on the other hand even by knowing the reputation of these companies willingly gave loans of over Rs. 34,000 Crores.

The RELIANCE GROUP which has taken over Rs.12,800 Crores loan from Yes Bank which is now under trouble, tassel and with a lot of pressure under its name. It further said that the Reliance group will be or has rightfully committed for the repayment of all the burrowed amount from Yes Bank by monetising its assets, but how would this be possible if the group is facing so much loss and has come into the defaulter’s list of the Yes Bank?

Yes Bank’s NPAs were not as alarmingly high as some of the other banks in the country. But what made it more susceptible to bankruptcy was its inability to honestly recognise its NPAs — on three different occasions, the last being in November 2019, the RBI pulled it up for under-reporting NPAs — and adequately provide for such bad loans.

While debtors failing to pay back was the central problem, what further compounded Yes Bank’s financial problems was the reaction of its depositors. As Yes Bank faltered on NPAs, its share price went down and public confidence in it fell. This was reflected not only in depositors shying away from opening fresh accounts but also in massive withdrawals by existing depositors, who pulled out over Rs 18,000 crore between April and September last year. It is estimated that up to 20% more withdrawals could have happened between October and February.

So essentially, Yes Bank lost out on capital (money) from both depositors and debtors.

The Enforcement Directorate (“ED”) arrested Rana Kapoor on charges of money laundering and setting up shell companies for laundering money and creating tainted assets under the Prevention of Money Laundering Act, 2002. Moreover, the Sessions Court in Mumbai has registered a case against Rana Kapoor and several others in connection with alleged cheating, criminal conspiracy, fraud for taking huge amounts of kickbacks particularly the scam-hit, Dewan Housing Finance Corporation Limited.

Apart from Rana Kapoor, the ED also registered complaints against his wife and three daughters as the companies receiving kickbacks are in the name of his daughters.

All banking firms in India are regulated by the Banking Regulation Act, 1949. Section 45 of the said Act is a powerful tool in the hands of the RBI and details the “power of the Reserve Bank to apply to Central Bank for suspension of business by a banking company and to prepare a scheme of reconstruction or amalgamation”.

When RBI was given the sanction, it -:

· Took over the management of Yes Bank

· Imposed a moratorium on the lender: a temporary suspension of activity until future events warrant lifting of the suspension or related issues have been resolved. A moratorium of 1 month was imposed on Yes Bank.

· Formulated a draft scheme for the reconstruction of Yes Bank Ltd: Under the scheme, State Bank of India will pick up a 49% stake of the equity. Further, the new board of management is to consist of at least 2 directors from SBI. It was also stated that SBI could not reduce its holding below 26% before the completion of three years to provide time for stabilizing and revival of the bank.

The decision of the Reserve Bank to bring in the State Bank of India seems to be sensible in light of the circumstances and it is truly a test of time to see whether both the banks come out as winners or not.

However, with the increasing need to bail out private sector banks in case of a crisis, it is high time that the Government and RBI take steps that are fundamental in preventing such crisis with the help of policy reforms and change in the manner of governance.