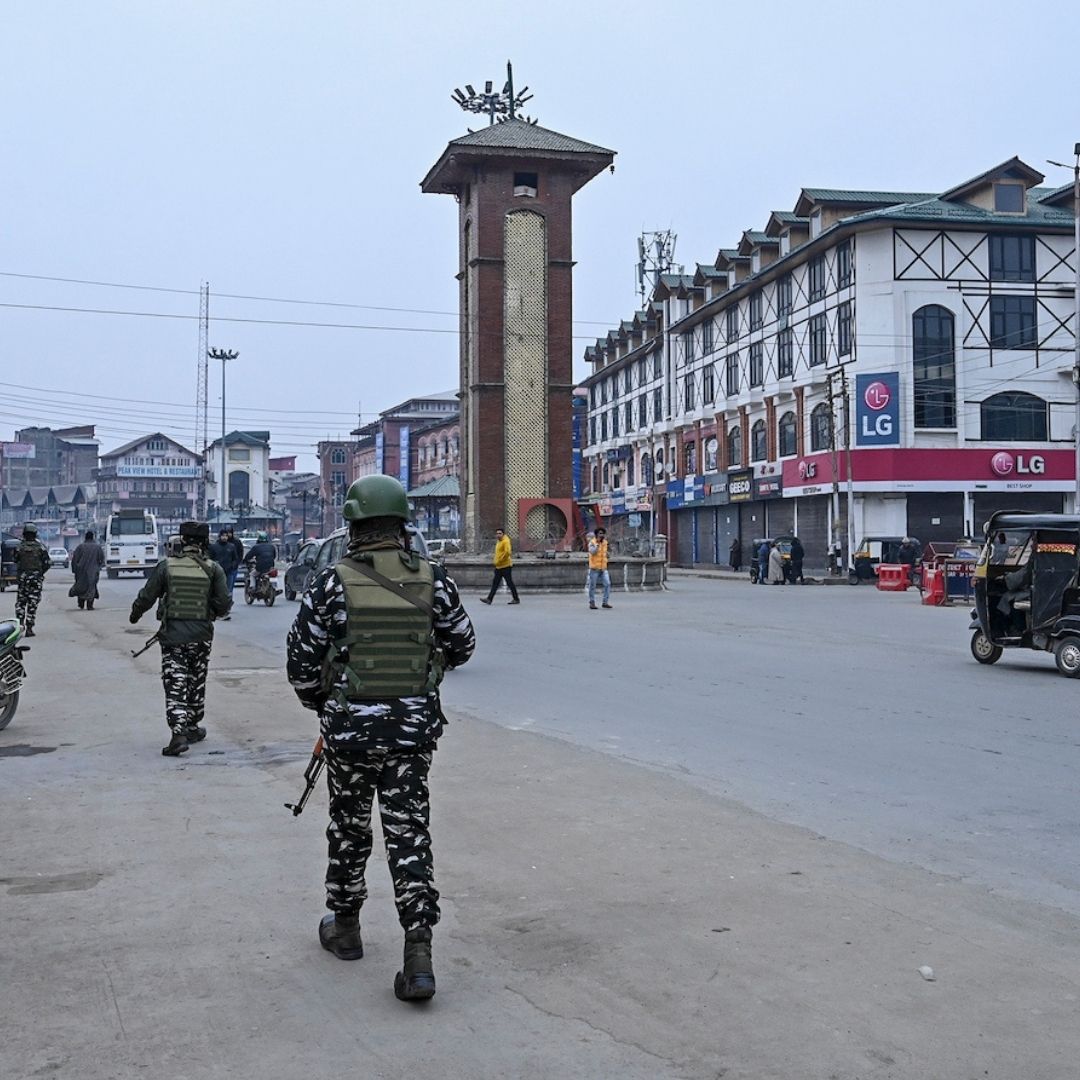 How did it all started?

In the beginning days of August 2019, signs of chaos were visible in the valley.

Cancellation of major Hindu pilgrimage, schools and universities were shut down, visitors have been asked to leave the state, phone and internet services have been suspended, and local political leaders were placed under house arrest.

The majority of predictions, on the other hand, predicted that Article 35A of the Indian constitution, which provided particular benefits to state citizens, would be eliminated.

The administration then shocked everybody by announcing that it was abrogating practically completely Article 370, which also includes 35A and has served as the foundation for  Kashmir’s complex relationship for 70 years with India.

What is the significance of Article 370?

The article gave the state some autonomy, including a separate constitution, flag, and the ability to adopt laws. The central government was still in charge of foreign affairs, defence, and communications.

As an outcome, Jammu and Kashmir will be able to set its own regulations for permanent residency, property ownership, and fundamental rights. It might also prevent non-Indians from purchasing land or settling in the state.

What was the government’s motivation for doing it?

Bharatiya Janta Party and our PM Mr Narendra Modi have opposed Article 370 for a long time, and removing it is included in the electoral agenda of the party in 2019.

They contended that it is required to integrate Kashmir and bring it on par with the rest of India. Following a landslide victory in the month of April-May general elections. The BJP  government wasted no time in fulfilling its promise.

Critics have linked it to India’s present economic slump, claiming that it provides the government with a much-needed diversion.

It has been 2 years since the abrogation of Jammu and Kashmir’s special status and conversion of the former state into two states. But, more importantly, it has resulted in the constitutional mainstreaming of this former state, as well as the end of the discriminatory, disgraceful and policies which support the undemocratic agenda that is being pursued by the elite class for the last seven decades.

The government abrogated the provisions of Article 370 and Article 35A, which miserably breaches the core values instilled in the constitution, in one swift political, ensuring that citizens in Jammu and Kashmir finally had access to the same rights and privileges as citizens across the country.

Looking at the developments that have occurred in the, it is clear that the Union government has gone to great lengths to ensure that everyone in the two Union Territories understands the egalitarian values enshrined in India’s Constitution. These changes affect a wide range of  topics, including social and political equality, education, employment, reservations, and other  rights enjoyed by the country’s poor

It is commendable that the administration has guaranteed that all of this has been accomplished in less than a year. The Indian Constitution and all 890 Central laws are completely applicable to J&K for the first time in seven decades.

Was the abrogation really required?

The issue we must ask is why, for all these years, the leadership of the Congress, the Left, and the state parties refused to allow critical laws protecting Dalits and other disadvantaged groups to be enacted in the erstwhile state. Another discriminatory legal rule has been repealed, which banned women in J&K from keeping their rights if they married outside the state.

In the former state, the treatment of roughly 10,000 municipal workers (safai karamcharis) was equally reprehensible. Citizenship, education, and employment were all denied to them.

Municipal employees have now become legal residents of the Union Territory, with full access to all rights and benefits, while Dalits and tribal populations have received equal treatment as in other states. How could such discrimination have occurred all these years within the boundaries of an independent, democratic India?

What are the Nehru-Gandhis’, Abdullahs’,  Muftis’, Congress Party’s, communists, and their comrades’ explanations for this? Why didn’t the communists, the so-called “workers’ standard-bearers,” take up the cause of the Dalits and safai karamcharis in J&K?

Effects on the farmers

Farmers expressed their dissatisfaction with the National Agricultural Cooperative Marketing  Federation of India Ltd’s local markets for selling their produce (NAFED). There were two main causes for this: an unseasonably heavy snowstorm in early November 2019 that ruined their crop, and violent threats to their life. For the militants, every local Kashmiri who went about his business as usual after New Delhi abrogated Article 370 was seen as endorsing New  Delhi’s unilateral action. This was not the case before Article 370 was repealed.

The Union Territory administration declared the untimely snowfall a natural calamity, while the Centre remained completely silent. The farmers have been deceived by New Delhi’s silence  on their situation, which has only reinforced their sense that they have become “second-class  citizens.” They are now demanding that New Delhi send a team to monitor the situation,  analyse the losses, and announce appropriate compensation, as would be done in any other part of India, they claim.

Following the repeal of Article 370, the core sectors of J&K’s economy have experienced a  sharp fall. Because of the communications embargo, curfews, and militant threats, Kashmir’s economy has lost INR 178.78 billion and over 90,000 jobs in the handicraft, tourism, and information technology sectors in only the last several months.

Because of the ongoing internet ban, the horticultural industry is hurting, tourism is in shambles, and students are suffering. For the first time in the last 70 years, rural Kashmir is experiencing such a severe economic downturn.

Kashmir’s apple sector, worth INR 80 billion and accounting for 8% of the state’s GDP, has been hit the most. Threats from terrorists, combined with the government’s harsh crackdown,  caused the harvest to be postponed for nearly a month, inflicting the business a debilitating blow during the peak harvest season.

The harm had already been done by the time the government intervened and NAFED acquired and sold apple products. Hundreds of farmers have been forced to either sell their produce at throwaway rates or let it perish before this intervention.

Students at colleges and universities have been harmed by the ongoing internet blackout. Writing of Research papers, grants for a scholarship, exam forms, for example, have been unavailable to college students and research scholars. Kashmir University’s hostels are mostly closed indefinitely. Students’ stress levels have increased as an internet connection to university libraries has been hindered.

According to the pupils, this is a “planned policy of New  Delhi” to keep them out of national and international tournaments. The respondents also expressed dissatisfaction with having to line for extended periods of time outside of district offices since their personal access to internet services had been cut.

The Kashmiris also expressed dissatisfaction with the fact that personal internet connection has been cut, forcing them to queue for extended periods of time outside district headquarters, the only government offices where public internet access is available. In addition to squandering time, each student has had to pay INR 100 to 200 for each online submission at these offices.

It can be seen that the repeal of Article 370 has caused regular Kashmiris to lose faith in the pro-establishment political class in Kashmir.

Kashmiris believe that the centre has categorized all the Kashmiris as separatists by taking such actions. They assert that they feel as if they are living in a “colony” and not in their home country. Their basic rights are being violated too. They put accusations on the government that it is misusing its powers to go against the constitution and harming the democratic soul of the country.