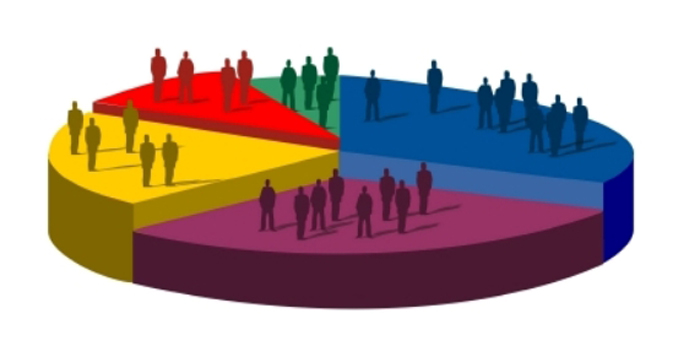 As per English understanding, endogamy, the hereditary transfer of a way of life that typically includes employment, ceremonial rank in a hierarchy, and customary social contact and exclusion based on cultural concepts of purity and contamination, are all characteristics of caste.

The separation of Hindu society in India into strict social groupings, which has origins in India’s ancient past and continues to this day, is a paradigmatic anthropological illustration. As a consequence of urbanization and affirmative action measures, however, the caste system’s economic importance in India has dwindled. The English term caste is a religious construct that Hindus follow to segregate people amongst themselves, often confusing caste with a varna.

To understand the very concept of ‘the people of India’ as enshrined in the Indian Constitution, it is important to first ponder upon who this ‘people’ is constituted of. The citizens of India, those who have been considered Indians by the process of birth, legal immigration, or naturalization are considered citizens and are granted citizenship by the state.

A count of these citizens of India is done through a nationwide survey to calculate the average number of people residing in the country. This process of calculating the population of citizens in the country is termed the census. In this process, census officers hold the door to door campaigns to record the number of family members across the country based on which an annual survey of the nation is calculated.

This word, most commonly associated with national population and housing censuses and other popular censuses includes agricultural censuses, as well as traditional culture, business, supply, and traffic censuses. Individual enumeration, universality within a specified region, simultaneity, and defined periodicity are key elements of population and housing censuses, according to the United Nations, which advises that population censuses be performed at least every 10 years.

In addition to census subjects to be gathered, official definitions, classifications, and other helpful information to coordinate worldwide practices, the United Nations has made recommendations. Hence in India, a census is ideally held every 10 years following the UN recommendations. Before jumping to the topic of the caste-based census, however, it is important to understand caste in India and its implications.

Even though caste is a Portuguese word and is misinterpreted as varna, its implications were massive. Over time, people started assuming power using this hierarchy and thereby restricted those in the lower positions from undertaking tasks as per basic human needs, for example, practising untouchability and barring lower castes from education. This led to massive impacts on them, and thus they were deprived of rights which those at the upper strata of society had.

In every religion per se, there is a distinction and divide based on caste. For example in Islam, there are several castes, the primary ones being Shia and Sunni. Similarly, in Christians, there are Catholics and protestants. The history of caste has been rather infamous, and every religion thus had to face the problem of caste-based discrimination.

Caste and the legislature

The Government of India Act 1935 was passed by Parliament in 1935 to give Indian provinces more autonomy and establish a national federal framework. The legislation, which went into effect in 1937, included a seat reservation for the poor.

The phrase “Scheduled Castes” was coined in the Act, and it was defined as “those castes, portions of castes, which appear to His Majesty in Council to correspond to the classes of individuals formerly known as the ‘Depressed Classes.'” The Government of India (Scheduled Castes) Order, 1936, defined this discretionary definition by containing a list (or Schedule) of castes throughout the British-administered provinces.

The Constituent Assembly maintained the existing concept of Scheduled Castes and Tribes after independence, directing the president of India and state governors to create a comprehensive list of castes and tribes. The Constitution (Scheduled Castes) Order, 1950, and The Constitution (Scheduled Tribes) Order, 1950, respectively, were used to create the entire list of castes and tribes. Furthermore, the nomination of B. R. Ambedkar as the chair of the Constitution’s drafting committee coincided with independent India’s drive for inclusion. Ambedkar was a constitutional lawyer from the scheduled caste, a low caste.

Thus, since caste had played a defined role in shaping the history of the nation, it was considered an important factor to include caste-based reservation to facilitate those castes into the mainstream society, those who had been historically oppressed and subjected to inhuman behaviour, thus depriving them of basic opportunities.

Caste based census: The argument

The arguments also raised questions, which specified the necessity to quantify caste in the census as urgent since caste continues to be a source of social inequality and economic hardship. How can one comprehend the influence of caste in culture if there are no statistics on the same?

While such arguments can be noted as valid, they can also be countered by saying how caste already has a massive impact on society, and how such distinction under the garb of identification can further polarise society. For instance, the members of a particular caste, be it lower or upper have more members who live today upon knowing about their quantifiable data, might start asserting authority based on their numerical value.

Furthermore, as we deem to move away from the very system of caste itself, would specifically naming the caste of individual persons not expose them to being targets of fundamentalist elements? For instance, in the Islamic world, there is massive hate among Shias and Sunnis where mostly Sunnis are considered as the aggravators. In this case, would expose the identity of a Shia not lead to compromise of his/her safety?

Alongside, the conduction of census is done for the mere purpose of collecting numerical data of the citizens of the country and has nothing to do with religion or caste whatsoever. If such issues are raised merely with the argument that it ‘might’ lead to identification and upliftment of those in the lower strata, the argument doesn’t hold worth, since the negative impacts of such practices are vaster than the positive impacts.

Under schemes of the government, those in the lower strata of society can already claim their rights through provisions stated by the legislative, now passed as acts. A further distinction of caste would only lead to increasing discrimination. Such was the case that this issue raised in the Parliament post-independence was not recommended by Ambedkar even, for the given issues raised above.

Thus, with caste playing such an important factor in Indian society, it should be noted that caste is a topic that should be done away with gradually, as stated even by Ambedkar. Reservations provided based on caste are not exhaustive in nature, which has led to the creamy lower caste layer exploiting them today and depriving those who are actually needy, of opportunities.

Hence, creating a further caste-based distinction would lead to a further divide. Instead, a survey on census should be conducted which identifies those below the poverty lines in society, alongside those in areas that are highly polarised based on caste. This survey shall help identify victims, and thus lead to policies being passed, which would act as support systems to those marginalised sections of society, who actually need representation.