What is ‘Tort’ and what are its elements? 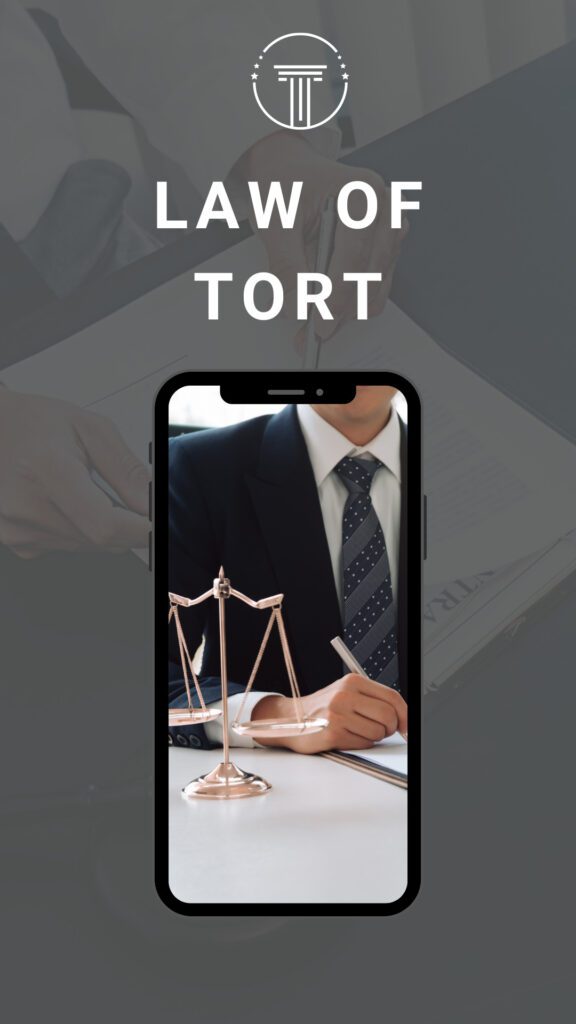 The word tort is derived from the Latin term, ‘tortum’, which means to twist. It is equivalent to the English word “wrong” and Romanian law’s term “delict”. The law of tort consists of various torts whereby the wrongdoer violates some right vested in another person. ‘Tort’ is a breach of duty recognized by the law of torts.

A tort occurs when a person’s obligation to others is violated; the person who commits a tort is known as a tortfeasor or offender. When numerous people are implicated, they are referred to as joint tortfeasors. Their misconduct is referred to as a tortious act, and they may be sued jointly or individually.

The main goal of the law of torts is to compensate the victim. Another reason is to compensate for the wrongs which do not come under any codified law. The Law of tort is uncodified. Most of the tortuous wrongs owe their origin to the writ of trespass on the case.

Section 2(m) of the Limitation Act, 1963, addresses tort as being a civil wrong that is not just exclusively a breach of contract or a breach of trust.

A tort is a growing branch of law and has constantly developed. The area covered in its ambit is continuously increasing.

Definitions of tort given by different thinkers

According to John Salmond, “tort is a civil wrong which has unliquidated damages (those damages for which there is no fixed amount) in the form of remedy and which is not just exclusively the breach of contract or the breach of trust or breach of merely fair and impartial obligation.”

“Tortious liability emerges from the breach of a duty primarily fixed by the law, this duty is towards the other people generally and its breach is redressible by an action for unliquidated damages” – Richard Dien Winfield.

According to Fraser, “A tort is an infringement of a right in rent of a private individual giving a right of compensation at the suit of the injured party.”

Essential elements of the tort

From the above definitions, we establish three things. A tort is a civil wrong. A tort is more than a mere breach of trust. Action for tortuous liability is unliquidated damages. From the definition of Winfield, three essentials can be pointed out. These are:-

For example, if A commits the act of trespass; he can be held liable for the tort of trespass. Similarly, when there is a legal duty to act but he does not act, he will be made liable.

Glasgow Corp. v. Taylor[1] is a case of omission. In this Corporation, which maintains a public park failed to put proper fencing. Due to this, children plucked the poisonous fruits from the park and dies, the Corporation was held liable for such omission.

The duty imposed by law

It may be noted that wrongful acts or omissions must be recognized by the law. If there is a moral or social wrong, there cannot be a liability for the same. For example, if someone fails to help a drowning child, it is only morally wrong and no liability arises. Liability will arise only when it can be proven that there existed a legal duty.

A duty of care is imposed on every individual and needs a fair degree of care that he may see as damaging to others. As a result, legal responsibility is legally enforceable in Indian courts.

Wrongful act or omission should result in actual or legal damage

This is expressed by the maxim “Injuria sine damno”. Injuria means infringement of a right conferred by law on the plaintiff, howsoever trivial. Damnum means substantial harm, loss, or damage in respect of money, comfort, health, or like.

This follows that when there is no legal damage, there is no liability. This is the principle of “Damnum sine Injuria”. It means that the damage without the violation of a legal right is not actionable in a court of law.

Injuria sine damno is Latin for “injury without harm.” Such injury is chargeable under tort law. It happens when a person suffers legal harm rather than actual loss, i.e. when another person infringes on his legal rights. In other words, this is an invasion of a person’s inalienable private right without any actual damage.

An example of this can be the landmark case of, Ashby v. White[2]. The plaintiff was a qualified voter at a Parliamentary Election. But, the defendant, a returning officer, wrongfully refused to plaintiff’s vote. There was no loss due to this referral because the candidate for whom he wanted to vote won. However, the defendant was held liable.

It means damage that is not coupled with unauthorized interference with the plaintiff’s lawful right. This is generally so when the exercise of legal right by one person causes harm to the other.

Difference between tort and crime

There are a few points that differentiate tort from crime making it a civil law.

Difference between tort and breach of contract

From the foregoing, it is clear that a tort is a civil wrong produced when one person violates the legal rights of another. And the idea of the mental element may or may not be applicable in particular torts, since we would need to know the nature of the tort committed by the individual to identify it.

It can be done knowingly, as in the case of the battery, or accidentally, without the aim of doing such an act, as in the case of neglect, by completing certain activities negligently or by mistake. The situation of tort law is not so good because many people are still unaware of their rights due to a lack of awareness among the people.