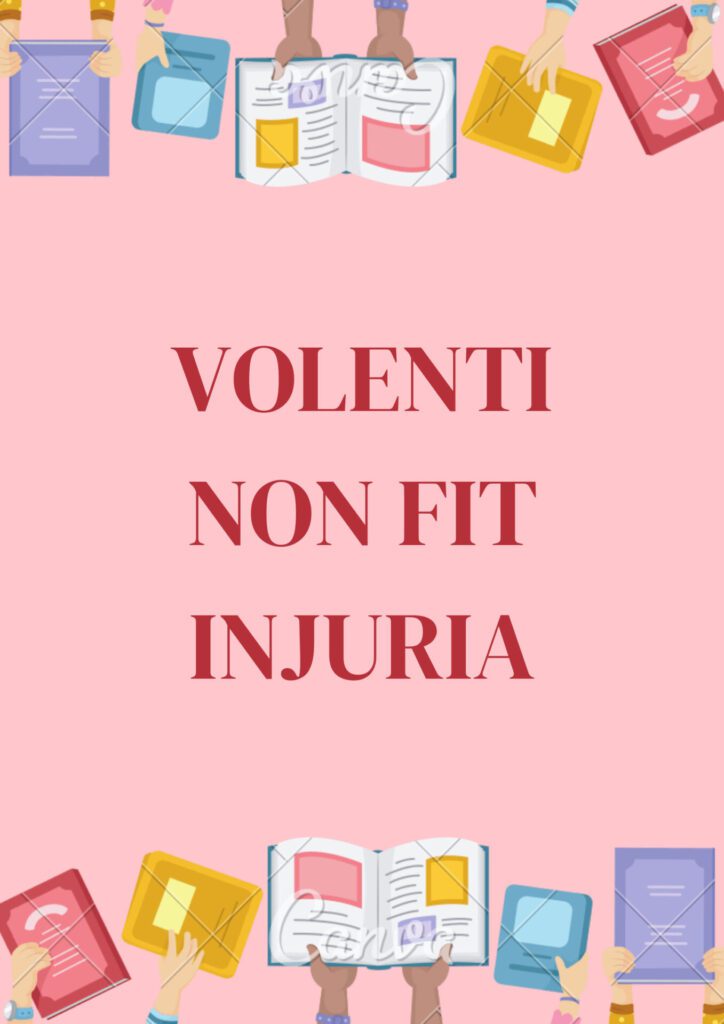 In the law of tort, there are certain defenses available to the defendant to avoid the liability of that tort and these defenses are volenti nonfit injuria, Act of God, Inevitable accident, private defense, mistake, necessity, and Plaintiff, the wrongdoer. These are the general defenses that can be applied against action for several wrongs.

Volenti nonfit injuria is Latin for “to a willing person, it is not wrong.” This legal maxim means that a person who is willing undertakes the risk cannot claim damages. In the law of torts, there is a duty to protect the rights of others and to take reasonable care and if someone voluntarily agrees to the breach of duty, no action arises.

In case the plaintiff voluntarily agrees to suffer some harm, he is not allowed to complain. Volenti nonfit injuria is also called the defense of consent. If there is consent to risk, no suit can arise. No man can enforce a right that has been voluntarily waived or abandoned.

For example, if a person owes a duty to safely take the passenger and the passenger knowing the driver is drunk enters the vehicle; there will be no action for damages as the passenger has willingly taken the risk. Similarly, you cannot sue someone for trespass when you invited them into your house.