Parties to the Case

The petitioner is a company incorporated under the Companies Act of 1956 that specializes in turnkey contracts for fire prevention and detection systems. They claim to be one of the most reputable and highly recognized specialized fire engineering companies in the country and are said to have completed many contracts with companies such as NTPC, BHEL, ONGC, ECIL, Bombay Port Trust, and New Mangalore Port Trust.

They have successfully commissioned systems costing around Rs. 200 crores. The Visakhapatnam Port Trust advertised for bids in open newspapers for the design, manufacture, supply delivery; construction, testing, and commissioning of firefighting equipment for the planned LPG Jetty at Visakhapatnam Outer Harbor at a cost of Rs. 4.8 crore.

The petitioner, along with two other entities, responded to the invitation by submitting tenders. And, according to the record, bids were given to six entities, including the petitioner. who were pre-qualified based on the consultants’ recommendations- M/s. Consulting Engineering Services (India) Pvt. Ltd.

Only five of the six enterprises had filed proposals, and the tenderers’ Cover-I (Technical bids) were opened on February 29th, 1996. The four entities’ technical proposals, including the petitioners, were forwarded to the consultants for evaluation and suggestions.

The experts indicated in their review report dated June 25, 1996, that the petitioner’s offer needs to be clarified on several technical problems. Following the clarifications, the Tender Committee, assisted by consultants, met with representatives of the businesses, including the petitioner herewith, on 23-7-1996 and 24-7-1996 to resolve outstanding technical and commercial issues to bring the offers per the respondents’ requirements.

In response to the respondent’s request, the petitioners herein provided more clarity on the technical bids on the issues highlighted by the Consultants. Following that, all three businesses, including the petitioner herein, were asked to attend a pre-bid meeting with the Tender Committee and Consultants on 11-10-1996 and 12-10-1996 to discuss the lingering technical concerns.

The advances in computational in the presence of the Tender Committee were fully minuted and signed in symbolic acceptance by all authorized representatives of the businesses, including the petitioner. The record made it apparent that the price bids will be authorized on October 14, 1996.

Following the conclusion of the technical deliberations, the petitioner was instructed to acquire pump sets from one of three companies: Worthington Pump sets, Kirloskar Brothers, or Jyothi Limited. According to the petitioner, the respondents convened all three tenderers, including the petitioner, on 14-10-1996 and compelled all of them to sign an agreement on the respondents’ letter-pad that Kirloskar build pump sets would be only be regarded when supplying and the price bid was to be made at 3-30 p.m. on the same day.

The petitioner requested that the respondents consider ‘Worthington’ pump sets because they met all technical aspects of the tender and acknowledged this letter to the respondents because the Kirloskar brothers had increased pump set rates by Rs. 75,00,000-00 over the price quoted by it before 14-10-1996.

Despite such an unusual increase in the costs of Kirloskar Brothers pump sets, the respondents persisted in purchasing solely Kirloskar pump sets over M/s. Worthington, Flow Way, and Peerless when we’re the least expensive and most suited for the job.

In such circumstances, the petitioner contends that the respondents’ insistence on purchasing exclusively Kirloskar Pump sets is completely arbitrary and unjust and would lead the business to a loss. The respondents, on the other hand, issued a final work order confirming the rates stated by the petitioner and also ordered the petitioner to furnish spares for Rs. 7,62,750-00 in addition to the bid price.

The respondents made it clear in a letter dated 31-12-1990 that they would not accept Worthington make pump sets, and the petitioners were informed of its undertaking given to the respondents on 14-10-1996, in which it was unequivocally agreed that the petitioner would only purchase Kirloskar pump sets.

The respondent drafted a letter that instructed the petitioner to carry out all business functions with formalities and proper execution but the petitioner again raised a few disputes regarding the usage of Worthington pump sets over the ones of Kirloskar Brothers.

To which another letter was sent asking why the work order should not be canceled, with a reply of details being sent, after which the work order by the respondents was canceled.

Should a writ of Mandamus be issued declaring the respondents’ actions in terminating the Work-order to be arbitrary, unlawful, malafide, and unjust?

A tender may be non-compliant if it fails to:

The experienced senior counsel, Sri M. V. Ramana Reddy, arguing on behalf of the petitioner, argued that the respondents’ action in canceling the work order is entirely unlawful, arbitrary, and unjust. The defendants’ behavior in recommending that the petitioner acquire Kirloskar pumps was tainted by malafides.

It was done so because the respondents intended to assist and advance the economic interests of the Kirloskar brothers by requiring the petitioner to buy only Kirloskar pumps to complete the project. The learned senior counsel relied on well-known Apex Court precedents to substantiate his contention that, even in the issue of contract awarding, the State and its instrumentalities are obligated to behave fairly and without arbitrariness.

They do not have the same absolute right as a private individual to pick contractors of their choosing. The discussions of the Tender Committee, where representatives of the bidders, including the petitioner, were present on 14-10-1996, made it abundantly clear that all bidders of the three tenders were notified that only Kirloskar make pumps that meet the NIT and requirements are allowable and that they should submit their quotations correspondingly.

See also  BA.LLB OR BBA.LLB: HOW TO MAKE A CHOICE

And there was no objection from any of the tenderers, and they were even given the option to modify their price offers. The claim that only Kirloskar pumps would be acceptable to the respondents was not only made explicit in the tender committee, but the petitioner signed the letter on 14-10-1996, itself, before the opening of the price bids. In light of this, it is impossible to claim that the petitioner was unaware of the possibility of acquiring and utilizing solely Kirloskar pumps for the purpose.

As a result, it is impossible to claim that the respondents’ actions are arbitrary since the concepts of arbitrariness and unreasonableness do not apply in this scenario. It is up to the responders to select which pump would be necessary to be utilized by a successful tenderer to complete the project.

The issuance of a writ of Mandamus rendered the appealed order null and invalid.

It was ruled that the respondent’s writ petition for the issue of a writ of Mandamus preventing the Government from deducting or retaining a certain sum payable to it under the contract was entirely misconstrued and was not admissible in law.Municipal Corporation of Greater Mumbai v. Ankita Sinha 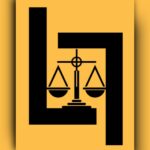