Facts of the Kulbhushan Jadhav case

On 03.03.2016, Kulbushan Jadhav was arrested by Pakistan. And on 24.03.2016, the military establishments and law enforcement agencies of Pakistan accused Jadhav of being a spy. He crossed over from Iran and was caught in southern Pakistan, i.e. Balochistan. In the meanwhile, Pakistan also shared a video, wherein Jadhav is seen confessing to the allegations leveled against him.

On 23.01.2017, The external affairs minister of Pakistan sent a “Letter of Assistance for Criminal Investigation against Indian National Kulbhushan Sudhair Jadhav” to the High Commission of India in Islamabad. But no response was received. On 29.03.2016, India claimed all the allegations leveled against Jadhav to be baseless as he is a retired naval officer. And was illegally kidnapped by the Pakistani authorities from Iran.

As many as 16 requests from New Delhi for Jadhav’s access were turned down by Pakistan over the course of 1 year. On 10.04.2017, the Pakistani Military Court sentenced Jadhav to death on account of “Espionage and Terrorism.”

On 14.04.2017, the Indian government demanded an authentic copy of the charge – sheet. And verdict of the military court of Pakistan which sentenced Jadhav to death and further requested Consular access for Jadhav. On 08.05.2017, aggrieved by the stance taken by Pakistan and lack of cooperation shown by them, in granting Consular access to Kulbushan Jadhav, India approached the International Court of Justice at the Hague Netherlands against the decision of Pakistan’s Military Court that awarded a death Sentence to Mr. Jadhav. On the very next day, the ICJ stayed Jadhav’s execution.

After much deliberations and negotiations between New Delhi and Islamabad, on 10.11.2017, Pakistan allowed the visit of Mr. Jadhav’s wife on ‘humanitarian grounds ‘and further extended the offer for his mother as well. It also assured India of the safety of the visitors and their free movement.

“The issues that arise for consideration of this Court are:”

The Arguments of the both sides on these issues are :-

Arguments from Pakistan side

Judgment of the Kulbhushan Jadhav case

The ICJ delivered the judgment with an overwhelming majority of 15:1 ratio. As per the court’s observation, the main dispute between both countries is about ‘consular assistance’ of arrest, detention, trial, and sentencing of Kulbhushan Jadhav.

Both the countries besides being the members of VCCR are also members of “Optional Protocol to the Vienna Convention on Consular Relations concerning the Compulsory Settlement of Disputes” without any reservations or declarations.  The court had observed that the jurisdiction of the case comes about from Article 1 of the “Optional Protocol”. And does not breach any of the international treaties’ asides from VCCR. Therefore, it has legitimate jurisdiction under Article 1 of the Optional Protocol as alleged by the State of India regarding the violation of VCCR.

The objections raised by the Pakistan regarding the abuse of power, rights and unlawful conduct by India were dismissed. And India’s application was admissible. Further, the court also held that Pakistan has acted in breach of the agreement and failed to fulfill its obligations as per Article 36 of VCCR.

Pakistan had failed to inform Jadhav about his rights under Article 36(1)(b), by not informing India about his arrest and detention. And lastly by denying the access of Jadhav by the Consular Officers of India. Hence, the court has found Pakistan to be in violation of international laws.

With respect to India’s demand of “restitution in integrum”, The Court recalls that “it is not to be presumed . . . that partial or total annulment of conviction or sentence provides the necessary and sole remedy” in cases of violations of Article 36 of the Vienna Convention (ibid., p. 60, para. 123). Thus, the Court finds that these submissions made by India cannot be upheld.

This case has stood as an exemplary instance of exploration of new horizons for legal interpretation of International documents. However, the expedition of justice has been time consuming which in itself, is a deterrent to growth of realm of law. On an analysis of the case, one could equate the understanding of the Vienna Convention with the primordial aspect of jurisdiction that forms the base of every legal case. Further on referral to consular assistance to be given to Mr. Jadhav, the Court observed that there was an essential dispute concerning the consular assistance with respect to arrest, detention and trial of Mr. Jadhav.

The Court stated that the evidence of no communication or consular access provision by Pakistan would form a ground for extracting necessary jurisdiction.10 On satisfying the requirement of jurisdiction with such observation, the Court mandated clarifications on questions of law and fact, thereby admitting the dispute under the Vienna Convention11 and held that the alleged acts of terrorism or espionage cannot exclude the scope of jurisdiction of the Court under the Convention. An important observation made was that a bilateral agreement cannot possibly limit jurisdiction of the Court under the ICJ statute or under Vienna Convention.

As asserted by India, the rights pertinent to provisional measures are that of basic principles of consular protection14 and such rights can be claimed by all States under the Convention when a national is detained or imprisoned. The Court observed that at the provisional measures stage, it is not required to determine definitively whether the rights, which India wishes to see protected, exist. It only needs to decide whether these rights are plausible. Further, this case stood as an example for preservation of human rights  after which Pakistan agreed to let the family of Mr. Jadhav meet him.

In the instant matter, the researcher clearly agrees and concurs with the reasoning and judgment of that of the Honourable International Court of Justice as there are many substantial points to be appreciated.  Also, there are a few grounds given on which the researcher does refuse to agree with the view taken by the Court. A counterbalanced view of both the opinions and findings are to be presented here conveniently. 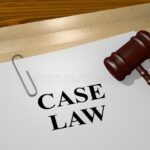 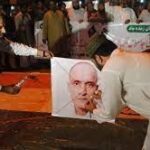 All you must know of the Kulbhushan Jadhav Case!