State of Maharashtra vs. Prakash and Anr

Facts of State of Maharashtra vs. Prakash and Anr.

Nirmala (PW-1) was born and raised in Pathrot village, where her parents still lived. She was married to PW-2, a villager from Dahegaon. Every year, the next day after pola, Pathrot village had a local fair known as ‘Dwarkecha Baill.’ The fair had brought PWs-1 and 2 to Pathrot village. They were residing with Nirmala’s family. The first respondent, Prakash, was a police officer posted to the Amravati headquarters.

On September 6, 1978, he was deployed to the Pathrot village for Ganapati festival bandobast duties. Sudhakar, the second respondent, comes from the countryside. He is a successful businessman. According to the prosecution, on the night of September 9/10, 1978, the second respondent went to Nirmala’s parents’ residence about 2 a.m. and summoned PW-2.

After that, the second respondent walked inside and did the same crime against her. They threatened PWs-1 and 2 with dire consequences if they did not report the incident to the authorities. PWs-1 and 2 returned to PW-parents’ l’s house, where they spent the remainder of the night, fearful of them. PW-2 contacted another policeman, Kailashpuri (PW-4), on the morning of September 10th and told him about what had transpired the night before.

Judgement of State of Maharashtra vs. Prakash and Anr.

He was summoned to the police station by PW-4. As a result, at 11:30 a.m., PWs 1 and 2 went to the Pathrot Police Station and delivered the initial information (Exh. 10). PW-5, Sub-Inspector, recorded the offence, investigated the site, seized a carpet and many other items from the crime scene, including PW-1’s saree and blouse, and sent PW-1 to a doctor. A charge sheet was prepared against both respondents after receiving the medical report and the chemical analyzer’s findings. PWs-1 and 2 testified at the trial about the prosecution’s case. PW-4 corroborated their assertions. The learned Sessions Judge acknowledged the said evidence

The learned Magistrate committed them to Sessions Court for trial. The prosecution called seven witnesses to testify. The respondent charged flatly denied the crime, saying that they had been wrongfully accused. As previously indicated, the learned Sessions Judge judged them guilty, convicted, and condemned them.

The learned Single Judge of the Bombay High Court adopted a different stance. Based on the first information (Exh. 10) the learned Judge concluded that “no threats were made to the prosecutrix for her to offer her body to the appellants.” Even though her husband had left the premises, she walked inside the chamber of accused No. 2.

According to the report, she did not yell until she entered the room, even after policeman Prakash had locked the door. She also did not scream until the police officer had taken off his uniform. She yelled for the first time when the appellant was stripped nude. PW-1 willingly went to the residence of the second respondent and was a willing companion in the act of sexual intercourse, the learned Judge determined after reviewing the evidence. He mentioned the lack of signs of violence on her body and decided that no force was used against her.

PWs-1 and 2 were taken to the second respondent’s residence, where both the accused were present, and PW-1 was led inside the house where both the accused had sexual intercourse with her, according to both the trial court and the learned Single Judge of the High Court. PW-1 did not agree to the stated intercourse out of love or for money, according to the evidence. The only other possibility is that she was forced to participate in the deed. It is not essential for the actual use of force to be used in the crime of rape. Threatening to use force is sufficient.

The simple charge of misleading inference is meaningless in these circumstances. This isn’t to say that our rending is based on this score. We’re simply mentioning this as a minor corroborating factor. The court stated that they were aware that the offence occurred in 1978 and that they had been acquitted by the High Court in August of 1981, and that they were reversing the acquittal after a period of more than ten years, but that they believed the respondents deserved no mercy due to the nature of the offence and the circumstances in which it was committed. 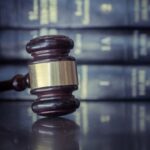 Kerala HC on the definition of rape in the recent judgment 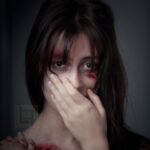 WE ARE HUSBAND-WIFE: MARITAL RAPE AND LAWS