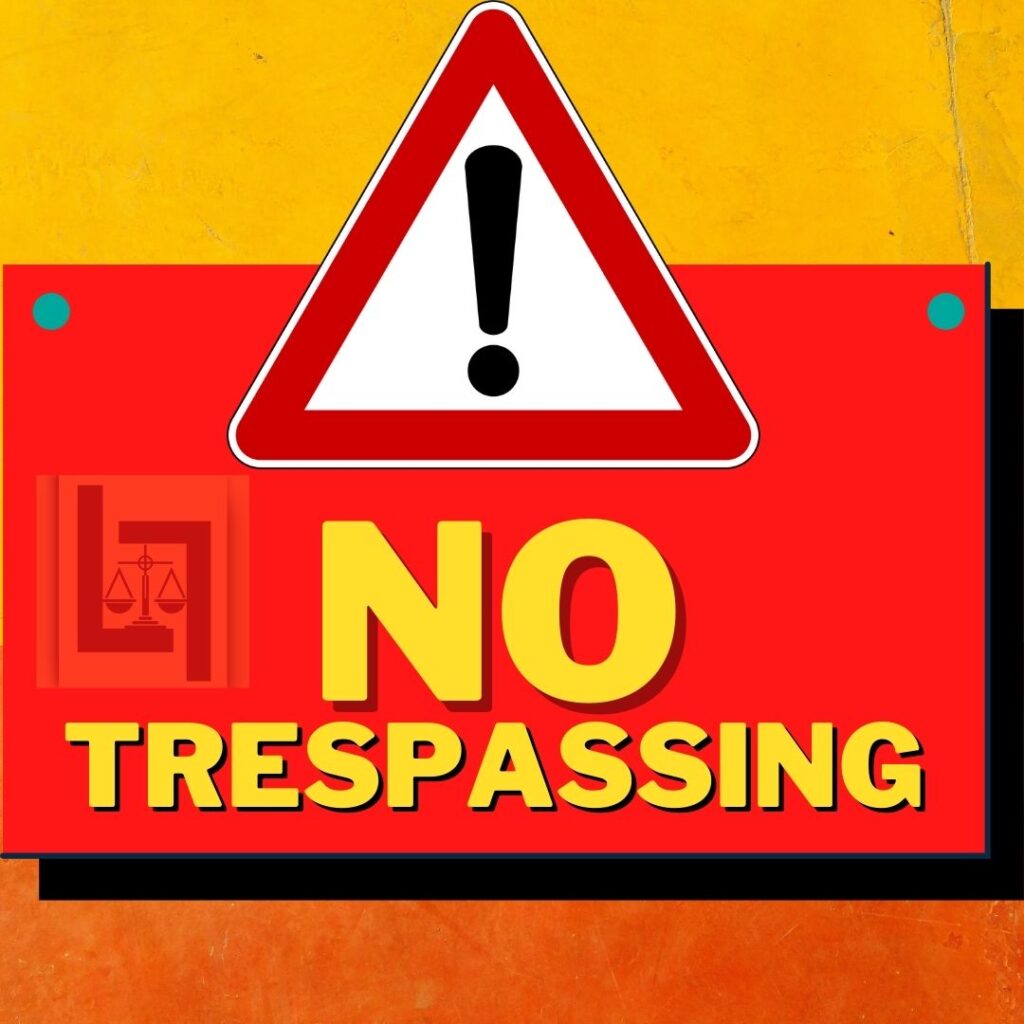 Trespass means to enter somebody’s place without his consent. Criminal trespass refers to an unlawful entry by a person into the private property of another person. A trespass may be of civil nature as well as it may be of criminal nature.

Any person who enters the property of another without the owner’s permission is said to have committed the offence of criminal trespass. All around the globe, trespass against property has been recognized as a civil wrong. However, a lot of countries, including India have made it a criminal offence too.

In criminal law, criminal trespass means to enter into the place of another person without his consent, or in an unlawful way with the intent to commit an offence. In India, Criminal trespass is ordinarily a civil wrong and usually, compensation damages are granted.

The objective behind enabling such a provision in the IPC is to let people enjoy their property without any interruptions. The objective is clearer after reading the following by the drafter of the IPC-

“We have given the name of trespass to every usurpation, however slight, of dominion over property. We do not propose to make trespass, as such, an offence, except when it is committed to the commission of some offence injurious to some person interested in the property on which the trespass is committed, or to annoy such a person. Even then we propose to visit it with light punishment unless it is attended with aggravating circumstances.”

Traditionally, the most specific requirement of trespass, whether civil or criminal is ‘intent’. Just the unlawful presence of a person on someone else’s property is not enough. It has to be shown that the person knew that he wasn’t allowed to be on the property and that he still chose to go on other’s land, with ill intent. Knowledge may be inferred when there’s fencing done, or when there is a ‘no trespass’ sign on the property.

A person can be held liable for trespass in public places too if he or she enters after the closing time or if they fail to leave even when asked to. It needs to be demonstrated that the unlawful entry was intending to commit an offence, or to intimidate or to annoy the person who owns the property. The intent to intimidate, insult or annoy is a must for trespass of a criminal nature.

There is a clear difference between civil and criminal trespass. Civil trespass does not require ill intent and just the unlawful presence of a person on someone else’s property is enough to hold them liable. However, when the act of trespass is accompanied by the intent to commit an offence or to intimidate or insult or annoy any person in possession of the property, it is said to be criminal trespass and it is punishable under the IPC.

The ingredients of Criminal Trespassing

The essentials of criminal trespassing are:

Entry into the property in the possession of another,
If such entry is lawful, then to remain upon such property unlawfully,
Such entry or unlawful remaining must be done with the intention to:
a)To commit an offence

b)To intimidate, annoy or insult the person in possession of the property

Section 441 of IPC defines ‘criminal trespass’, while section 447 provides the punishment for it. They read as under:

The punishment for criminal trespass has been mentioned under Section 447, IPC, which states that-

The essential ingredients of ‘Criminal trespass’ therefore are-

1. Entry into or upon property in the possession of another.

2. If this entry is lawful, then unlawfully remaining upon such property.

3. Such entry or unlawful remaining must be with intent-

As per this Section, “whoever enters” denotes that there must be an actual personal entry by the Accused person. Such an entry has to be unauthorized and not necessarily by force or against the will or consent of the person who has the property.

The use of the term “property” is general and would therefore be wide enough to include both movable as well as immovable property. Therefore, criminal trespass could also be committed if the accused was trying to get into the car of the possessor of the Car.

If the accused person caught hold of the owner’s boat and subsequently, took possession of the same to collect money across the riverside area. This would amount to Criminal Conspiracy as defined under Section 441, IPC.

The term “possession of another” implies that the entry by the accused shall be in such property which owns the other and not the trespasser. The provision does not require you to be the owner of the property. You could also have the said property which has been trespassed into.

“Intention” is a very important factor when considering criminal trespass. Trespassing into the property with a criminal intent to insult, intimidate or annoy the person in possession of the property is the essence of Criminal Trespass. There is a metaphorical allusion to the term ‘intent’ implying ‘aim’, meaning thereby, the object for which the effort was made. It is therefore the dominant motive without which the action wouldn’t have taken place.

Therefore, when the Accused and others entered upon the property only intending to execute the warrants and not intending to commit an offence or to intimidate, insult or annoy the person in possession of the property, the act would not constitute an offence of criminal trespass.

The Court observed that even if it were to assume that the entry of the workers was unlawful, it would be difficult to accept that the said entry was made with the intent to insult or annoy the superior officers. The sole intention of the strikers was to put pressure on the Bank to concede their demands.

Moreover, even though the strikers knew that such an action could lead to annoying the superior officers, it didn’t necessarily imply an intention to annoy. That’s the difference between knowledge and intention. The Apex Court, therefore, held that the employees did not commit the offence of criminal trespass.

If in the same situation, the workers were not allowed to enter the cabins without staff’s permission, however, they still stormed in, this would amount to criminal trespass.

Mathri v. the State of Punjab

In this case, it was reiterated by the court that the dominant intention of the trespasser must be to commit an offence or to intimidate insult or annoy the person in possession of the property. The accused had a warrant for the delivery of possession from the defendant. However, at the time of the entry, the warrant wasn’t executable. The Supreme Court held that the intention for such trespass was only to execute a warrant and therefore the act did not constitute a criminal offence.

In this case, the court ruled that it is not only necessary to prove the existence of the intention to insult, annoy or intimidate, but also it is required to show that the intention is an actual one and not just based on probability. The intention of the accused could be inferred from the acts of the accused. Also, in the absence of such an intention of annoying, intimidating or insulting someone, or commission of an offence, it is impossible to convict someone for criminal trespass. 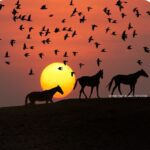 OVERVIEW OF ANIMAL LAWS IN INDIA |POCTA AND 42ND AMENDMENT