An offer is a proposal that could be rejected or accepted. This is something that needs to be communicated between the two parties properly. Communication of an offer is very important because when that communication goes wrong it results in dispute among the parties. There are several cases where due to communication error disputes between parties arise.

Communication also plays a vital role in the revocation of an offer or acceptance. Offer is the building block of any contract which is complemented by acceptance, due consideration, consensus ad idem, intention etc.; all these things are incomplete without proper communication and even if the communication of one of the things is not absolute then the agreement will be deemed to be invalid on the grounds of uncertainty.

when two people are talking face-to-face or via telephone etc. the communication will be complete as soon as the offer is made. Communication is the very essence of any agreement which later becomes a contract; it signifies our willingness, be it in terms of an offer or acceptance.

If any of these things are not done properly as stipulated by ICA, 1872 then it can lead to legal consequences. Once the communication of offer and acceptance is done, it becomes an agreement, but before that, the parties to the contract also have an option known as revocation of offer which plays an essential role in determining the outcome of offer or acceptance.

If any of these things are not done correctly as stipulated by ICA, 1872 then it can lead to legal consequences. Once the communication of offer and acceptance is done, it becomes an agreement, but before that, the parties to the contract also have an option known as revocation of offer which plays an essential role in determining the outcome of offer or acceptance.

Types of Communication of offer

It happens when the offer is directly made.

Cross offer- it occurs when the concerned parties simultaneously offer each other about the same thing without the knowledge of the other party’s proposal.

Counteroffer- when the party to whom the offer is made responds with another offer by changing the terms of the initial offer, it is known as a counteroffer.

2. Communication of offer by rendering services

It is an implied offer by rendering the services. But it has been declared to be not acceptable as an offer cannot be accepted in ignorance; it should be communicated to the person to whom it is made.

In this case, the defendant company manufactured medicine to cure influenza and claimed that it can completely cure influenza. further the company put up an advertisement stating that whoever gets influenza after 15 days of continuous medication will be given 100 pounds.

The company also deposited 1000 pounds in the alliance bank as security. the plaintiff Mrs. Carlill consumed it for 15 days and still got infected, so she decided to claim the money that was promised.

Contentions by the company-

See also  Everything to know about debt recovery tribunal!

The judgment is in the favour of the plaintiff as depositing money signified their intention, the offer can be made to the world at large known as a general offer and general offer does not need communication of the acceptance. Knowledge of a proposal is a must, the proposal must be communicated or the acceptor should know about the proposal to accept.

In the case of lalman shukla v. gauri datt,1913 40 ALJ 489. the nephew of the defendant was absconded and the defendant had sent his servants to different places to search for his nephew. The plaintiff was one of the servants. meanwhile, the search was going on and the defendant offered that anyone who would find his nephew would be awarded money. This was not communicated to the plaintiff nor did he know about such a proposal.

Plaintiff found the nephew and tried to claim the money to which he was refused. He filed a case in Allahabad HC wherein the suit was declared in favor of the defendant. The court held that there was never an enforceable agreement as the acceptor never knew about such an offer and without which he could never give his assent.

The plaintiff then filed a suit of specific performance in the court. The Court held the suit in the favour of the defendant stating that the original offer gets superseded and destroyed when the counteroffer is made.

In Taylor v Laird, (1856) 25 LJ Ex 329. the plaintiff who was the captain of the ship worked as a crew member and the defendant, Laird, was not aware of it. Later, the plaintiff claimed the salary of a crew member which the defendant declined. The Court held that there was no contractual agreement as there was no communication of offer. Without communication, there can be no offer and hence no acceptance and agreement. Even the implied contract requires a meeting of minds.

As mentioned communication is the building block of any contract, without this there cannot be a contract. The communication must be made properly and should be free of uncertainties therefore it should be very clear in its entirety. Offer and acceptance cannot exist in silence and hence needs to be properly communicated; if not, the agreement will be void.

the above blog had been edited by vidhya sri theresa.K

What is an Offer under Indian Contract Act, 1872? (thelegallock.com) 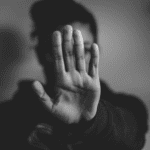