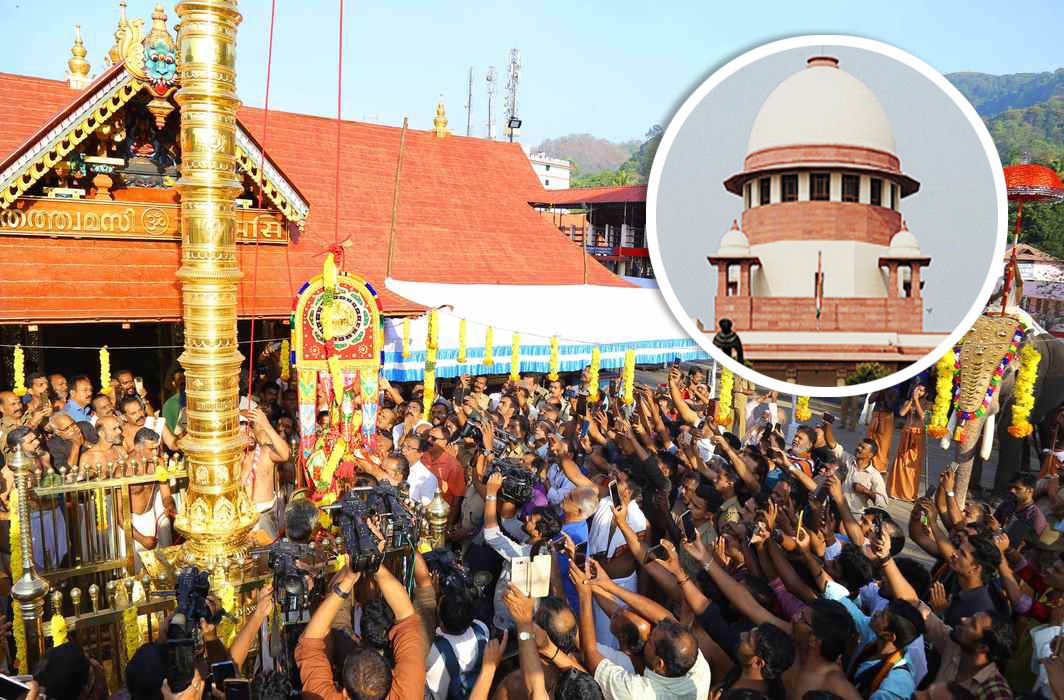 INTRODUCTION TO THE CASE

The altercation on the matter of the Sabarimala case had been an alarming topic in recent times and the temple had been in the news due to its old practising customs. The temple of Sabarimala is one of the most prominent and popular temples for Hindus which is situated in Kerala. People from far places come to worship Lord Ayyapan also known as Dharmashastha who is known to be the son of Shiva and Mohini, the feminine incarnation of Vishnu.

A practice by the priest of the temple and the authorities had been practised due to the old fashioned and conservative mindset of the people of excluding the entry of menstruating women from the age of ten to fifty years in the premises as it would question the purity of the temple. This practice of not allowing women inside the temple was being practised for a long period.

In 1990, a plea was filed by S Mahendran in the High Court alleging women for visiting the temple and seeking a ban on entry of menstruating women of ten to fifty years of age. The verdict came in 1991 where Justices K. Paripoornan and K. Balanarayana Marar of the Kerala High Court prohibited the entry of women aged ten to fifty years.

In 2006, a group of five young women lawyers challenged this old-restrictive practice by the authorities of the temple through public interest litigation (PIL) in the supreme court of India where they  stated that Rule 3(b) of the Kerala Hindu Places of Worship (Authorization of Entry) Rules, 1965 that states “Women who are not by custom and usage allowed to enter a place of public worship shall not be entitled to enter or offer worship in any place of public worship” is in violation and against the fundamental rights of the constitution of India

Traditions and customs have been a crucial and indispensable aspect of every religious and cultural sect in our country. Even today different customs are being practised and followed for a long time, some of the customs are given high importance in the society while some are ignored. Even the practice of not allowing menstruating women inside the temple was prevailing for a long period.

The Sabarimala Sree Dharma Sastha temple situated in Kerala is an eminent and well-known temple devoted to Lord Ayyappa. In 1990 the temple authorities brought into force a restriction on the entry of menstruating women between the age of ten to fifty years into the temple as a woman during her menstruation is thought to be impure.

The Kerala high court restricted women’s entry into the temple for the reason that it was constitutional and this tradition and custom were being practised for a long period.