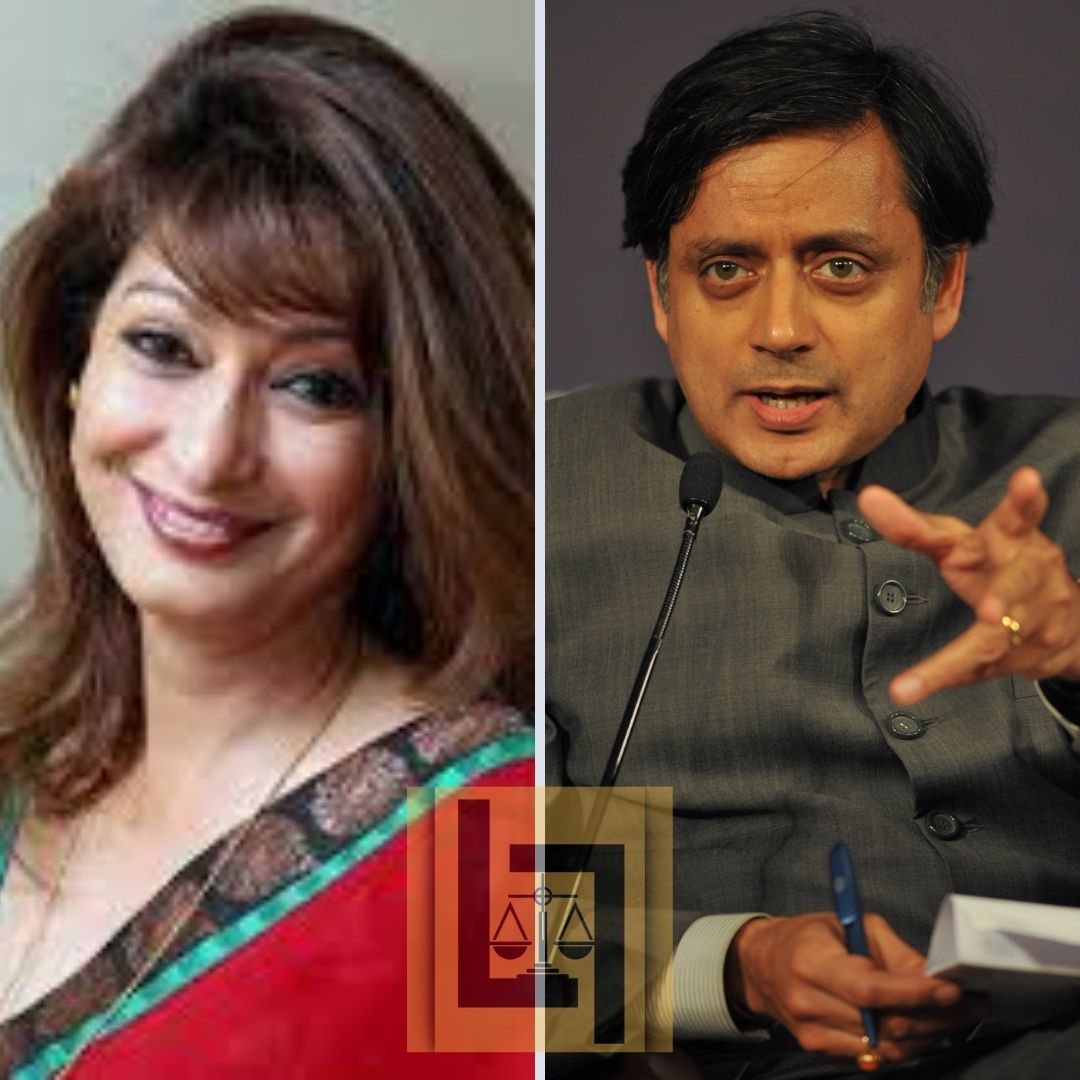 Sunanda Pushkar Nath Dass (27 June 1962 – 17 January 2014) was an Indian businesswoman and the wife of an Indian former diplomat and politician Shashi Tharoor. She was a sales director in the Dubai-based TECOM Investments, and a co-owner of the India-based Rendezvous Sports World (RSW), a cricket franchise in the Indian Premier League.

Sunanda Pushkar (née Dass) was born on 27 June 1964 in a Kashmiri Pandit family of landlords and army officers native to Bomai. She was the only daughter of Lt. Col Pushkar Nath Dass and Jaya Dass. Her father retired from the army in 1983.

She has two brothers, one of whom works for a global software company in Dubai; the other is a brigadier in the Indian Army. The family moved from Bomai to Jammu in 1990, after their house was set on fire by Militants.

She did her schooling at the Convent of Jesus and Mary, Ambala and Kendriya Vidyalaya, Jhansi. She graduated from the prestigious Govt women’s College in Srinagar, where she studied during 1986–88.

While studying at the prestigious Government College for women, where she was the President of the college, she married a fellow hotel management graduate Sanjay Raina. The couple divorced in 1988. Subsequently, Sunanda went to Dubai in 1989 and married Sujith Menon in 1991. Their son was born in November 1992.

Sunanda was widowed when Sujith Menon died in an accident in 1997. In October 2009, she met Shashi Tharoor at a party organised by the billionaire Sunny Varkey. Tharoor had arrived in Dubai in 2007, with his Canadian wife Christa Giles.

Sunanda married Shashi Tharoor in 2010 after he was elected to the Indian Parliament. The couple had a Malayali wedding ceremony in Tharoor’s ancestral home at Elavanchery in Kerala, India. This was the third marriage for both of them.

In India, Sunanda’s first job was as the front desk receptionist at the Centaur Lake View hotel in Srinagar, after doing a course in hotel management. After coming to Dubai. She started an event management business called Expressions and became well known for her networking with sponsors and artists for fashion shows.

She joined TECOM investments to work on the International Media Production Zone. She was financially successful, buying two 3-bedroom apartments at Palm Jumeirah, an apartment in Jumeirah Beach Residence and two more apartments in the Executive Towers.

On 15 January 2014, a series of intimate messages, supposedly sent by the Pakistani journalist Mehar Tarar to Tharoor, were posted on Tharoor’s Twitter account. The messages proclaimed Tarar’s love for Tharoor.

Tarar tried to downplay the incident by stating that her account had been hacked. However, Sunanda later stated that the account had not been hacked and that she had posted the messages to expose what she believed to be Mehr’s stalking of her husband. She accused Mehr of being an ISI agent.

Later, she stated that she did not want to go public about the matter, especially in an election year. The next day, a note titled “Joint statement by Sunanda and Shashi Tharoor” was published on Shashi Tharoor’s Facebook page.

The note stated that the couple was happily married and that some personal comments not intended for publication had been misrepresented after being posted to Twitter. The note also stated that Sunanda had been hospitalised after being ill, and was seeking rest. Sunanda Tharoor was being treated for Lupus erythematosus, a deadly immune disorder that damages healthy tissues

On January 16, 2014, Sunanda Pushkar and Pakistani journalist Mehr Tarar had a spat on Twitter over the latter’s alleged affair with Shashi Tharoor. Sunanda accused Mehr of being an ISI agent and of stalking her. Mehr refuted the allegations, calling them ‘absurd’. Hours later, the tweets were deleted from Sunanda’s timeline.

The following day, she was found dead under mysterious circumstances in Hotel Leela Palace in New Delhi. Two days later, the doctors who conducted a postmortem on her body at AIIMS said that it appeared to be a case of sudden, unnatural death. She had injury marks on her body and nominal traces of the anti-anxiety drug Alprazolam were found in her stomach.

The case was handed over to the Delhi police. The case became murkier after an AIIMS doctor, Sudhir Gupta, claimed that he was being pressured to manipulate the autopsy report. Gupta said Pushkar had fifteen injury marks on her body, most of which did not contribute to death.

But there were two other marks — an injection mark and some bite marks – which aroused suspicion. The report also said that there was a presence of an excess amount of alprazolam drug in her stomach.

On January 6, 2015, Delhi Police commissioner BS Bassi said Pushkar did not commit suicide but was murdered. Meanwhile, Sunanda’s viscera samples were sent to Washington for examination. FBI said that the radiation in her viscera samples was within permissible levels and did not cause her death.

Subramanian Swamy, a BJP politician, tried to fight this case against Tharoor in January 2015. On 20 May 2015, a trial court allowed Delhi Police to conduct a lie detector test on three suspects related to her death.

Subramanian Swamy has maintained throughout that foul play was involved in Sunanda’s death. He alleged that there was evidence she was murdered using Russian poison. He requested the Delhi High Court to hold a court-monitored SIT probe, however, the plea was turned down with the court terming his PIL as a “textbook example of political interest litigation”.

On May 15, 2018, the Delhi Police charged Congress MP Shashi Tharoor with abetting the suicide of his wife. In a 3,000-page charge sheet, police also accused Tharoor of subjecting Pushkar to cruelty and sought to summon him to court.

Tharoor has been charged under Sections 498-A (husband or his relative subjecting a woman to cruelty) and 306 (abetment of suicide) of the IPC but has not been arrested in the case.