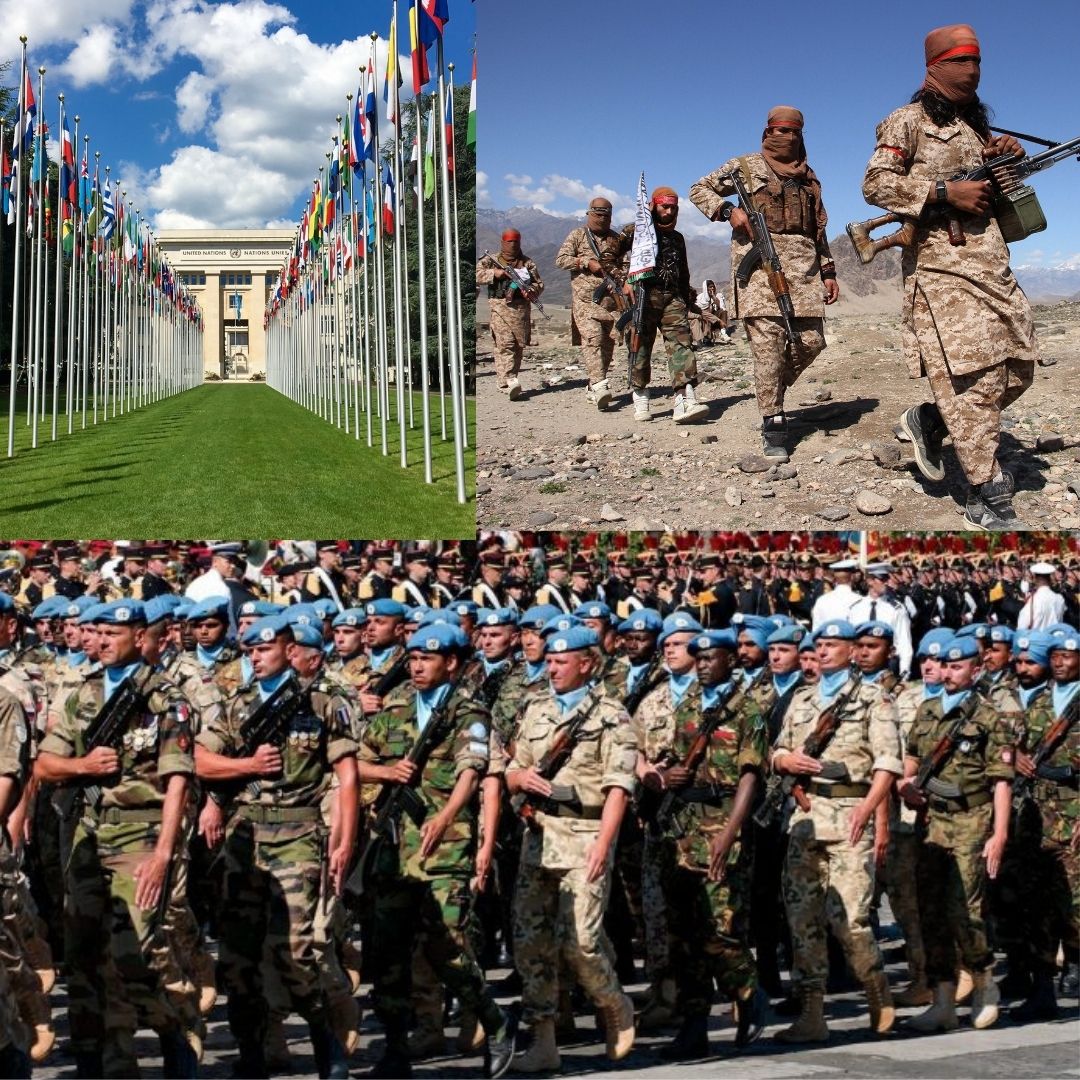 “I object to violence because when it appears to do good, the good is only temporary; the evil it does is permanent.”

The world pace is an ideal state of happiness, freedom, and peace within and among all people and nations. With this idea, nonviolence is the key motivation for people and nations to willingly cooperate, either voluntarily or by the virtue of a system of government that has this in the list of objectives. Different cultures, religions, philosophies of different nations worldwide give a fire of violence which get on increasing and at some point, it affects the world as a whole. Peace is the sole of a country and a world and to regulate and ensure this a body with authority is essential to have an existence.

Peace is the absence of conflict; it is the natural state of things. The introduction of violence in peaceful societies is not inherent to their structure but is forced upon them. One of the main reasons for the absence of peace is the rapid increase in the number of asymmetric relationships. Whenever there is the presence of an oppressed party under the ruling of an oppressing one, surely there is violence about to burst. This means that the presence of an oppressing force out of ambition, cruelty, or economic interests brings under another part of the population, the natural balance breaks up and that particular society becomes violent.

‘Peace is the answer to violence and equity is the main foundation for lasting peace.’

The social pressure that these societies endure turns into hatred, which leads to instability. This instability often translates into violence breaking the peace and not allowing the society to worry about deeper problems. Peace is the key to lock the door of violence in the world’s current state. Peace is the way out of inequality and violence and is a golden ticket to enter a new door with a brighter future for humankind.

It refers to the deployment of a lightly-armed United Nations presence in the field with the consent of the belligerents involved to build confidence and monitor any agreement between concerned parties. Additionally, diplomats would continue to work toward comprehensive and lasting peace, or for the implementation of an agreed-upon peace.

United Nations Peacekeeping was started in 1948 when the United Nations Security Council authorised the deployments of UN unarmed military observers to the middle east to monitor the armistice agreement that was signed between Israel and its Arab neighbours in the wake of the Arab-Israeli war.

It was stated that peacekeepers have a positive impact on the peace process, despite often being sent to places where peace is most difficult to achieve. Though peacekeepers play only a minor role in creating a strong foundation for enduring peace, yet their role ensures that peace lasts. To change the incentives for war and make peace the UN can provide a military force by way of an enforcement mandate which provides deterrence to would-be spoilers.

They can keep an eye on the situation making the potential for surprise attacks. UN peacekeepers can contribute to reducing uncertainties and fear and can provide a meaningful pathway for communication between both sides to make their intentions known and credible.

Prevention and control of potential accidents that may derail the peace process can be achieved by the peacekeeping force by deterring rogue groups. UN force can also serve as a moderator and can make communication easy between both parties and bring in political moderates for either of the side. By providing law and order UN peacekeeping forces can temporarily replace a state’s security forces and prevent a bias overreaction which will lead to violence.

The main purpose of the United Nations is the maintenance of international peace and security within nations. Violene and conflict undermine sustainable developments. Human rights violations are at the root cause of conflict and insecurity which, in turn, results in further violation of human rights. The action to protect human rights has inherent preventive power while rights-based approaches to peace and security bring this power to efforts for sustainable peace.

To truly address the issue of human rights violations, we as a nation must contribute to the UN and we must strive to understand the underlying causes of these breaches. These causes have to do with underdevelopment, economic pressures, various social problems and international conditions. The roots of repression, discrimination, and other denials of human rights stem from deeper a d more complex political, social and economical problems. It is can be done by ameliorating these root causes and strengthening civil society that we can protect human rights.

Since 201, the Taliban has maintained its insurgency against the U.S. led mission in Afghanistan and the Afghan government. As U.S. troops have withdrawn in 2021, the group has rapidly expanded its control, positioning itself for a return to power. The peace talks were initiated in 2001 and since then many of these peace talks have been invariably stalled and postponed, offering little hope in the way of results. However, during the tenure of U.S. President Donald Trump, negotiations between the U.S. and the Taliban for peace have intensified.

The role of the UN in building peace in Afghanistan can be traced back to the 1980s when an emergency session of the UN Security Council was held. Afghanistan is facing war and violence since its inception as a distinct political entity. Many factors such as social factors, cultural mores, and geographical location, have been instrumental in determining the course of Afghan history.

This scenario not only focuses on bringing peace but also to bring positive intersection between state and society, and among various areas of the society. UN was called to bring peace to Afghanistan.

UN has done a lot in Afghanistan to soften the grounds for enduring peace. It contributed to keeping peace operation, passing resolutions, signing of enduring partnership agreements, advisory role to high peace council and efforts in countering terrorism. Afghanistan is still in need of a UN role to be played in terms of dealing with not only direct but also structural violence so that peace can be gained and maintained in Afghanistan

Comment (1) on “UN, WAR AGREEMENTS AND TALIBAN: THE WAY AHEAD”