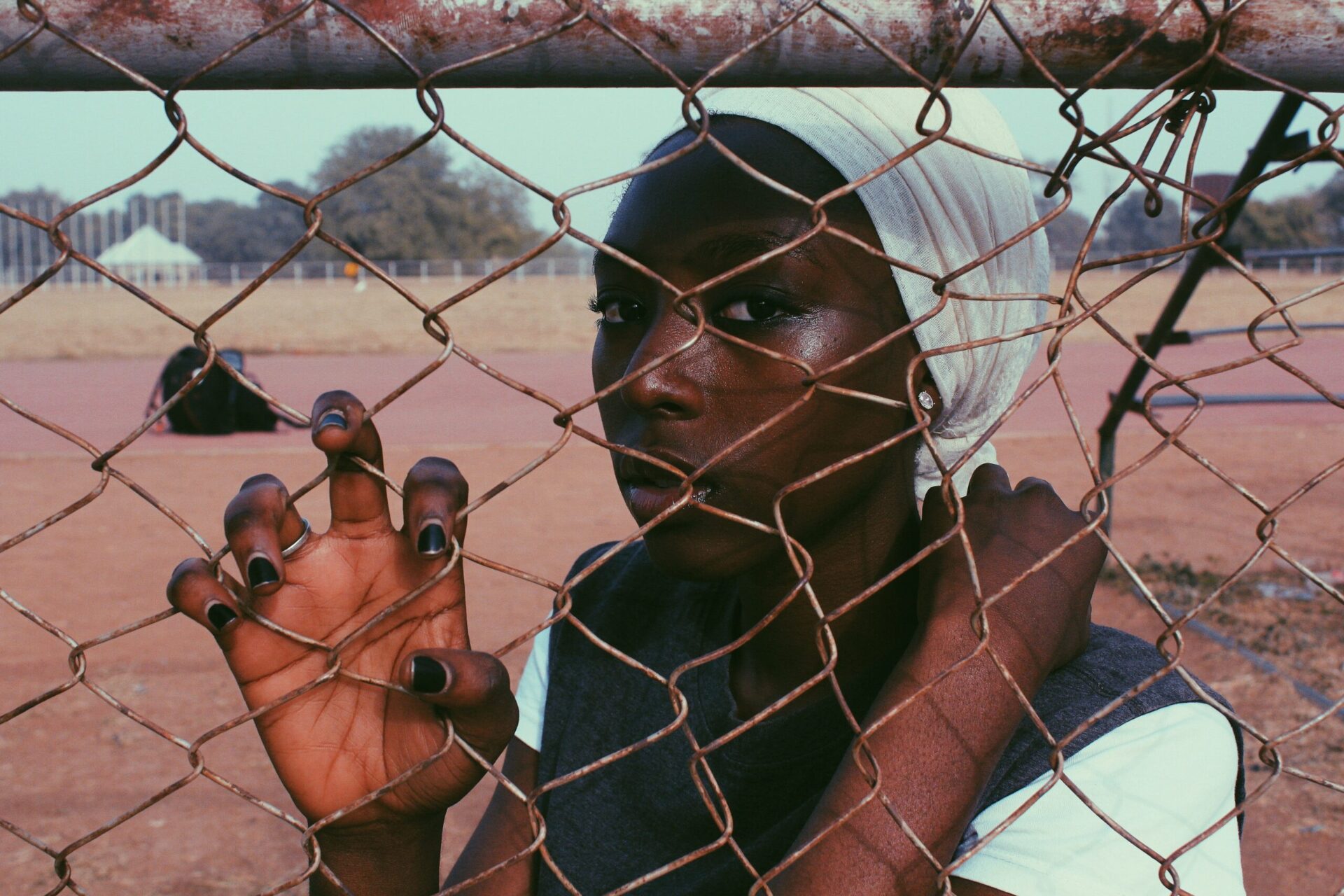 A movement arose around the end of the 18th century, aiming for the abolition of the slave trade and, subsequently, slavery itself. One of the most effective reform movements of the 18th and 19th centuries was abolitionism. It was also one of the most time-consuming. It took 20 years for Britain to end its involvement in the slave trade, and another 26 years for British colonial slavery in the Caribbean to be abolished. While it’s easy to think of abolition as a triumphant narrative, the truth is quite different.

Creating the first anti-slavery group in the United Kingdom

The history of large-scale British anti-slavery organizing may be traced back to the late 1780s. Of fact, there were significant developments before this era, such as Lord Mansfield’s ruling in the Somersett case (1772), which limited masters’ authority to remove African “servants” from the United Kingdom against their will.

Granville Sharp, along with free Africans Olaudah Equiano and Ottobah Cugoano, worked to publicize the facts of the 1781 Zong massacre, in which the ship’s owner attempted to collect insurance money for 133 sick and dying enslaved Africans who had been thrown overboard while the ship was stranded in the middle of the Atlantic. However, these rumblings did not yet reflect a unified movement. That would happen in the immediate aftermath of the American Revolution (1776–1783).

Putting together a social movement

It is important to note that the slave trade was not only legal at the time, but many people saw it as a vital element of the British Empire, both as a source of income and as a “training ground” for British sailors. The SEAST’s first objective was to build a constituency for anti-slavery sentiment; in other words, to transform a concept (that the slave trade was immoral) into a social movement that could mobilize tens of thousands of Britons. One of the founding members of the SEAST, Thomas Clarkson, worked tirelessly on his various tours of the United Kingdom to raise public awareness of the slave trade’s horrors.

Clarkson was the closest thing to a full-time professional reformer at the time, and he was also the author of An Essay on the Slavery and Commerce of the Human Species (1786), one of the early abolitionist movement’s fundamental books.

At the same time, the SEAST used a variety of tactics to sway public opinion, including advertising, public gatherings, letter writing, and the distribution of books and pamphlets. They also helped to give the movement a visual identity, most notably via Josiah Wedgwood’s picture of a kneeling enslaved man with the phrase “Am I Not a Man and a Brother?”

Petitioning the legislature and opposing abolition

The first of these campaigns took place in 1788, and the second in 1792, when 519 petitions were brought to the House of Commons, the “highest number of petitions ever filed to the House on a single issue or in a single session.” Furthermore, the strategy came close to working.

The House of Commons voted in favour of gradual abolition of the slave trade in 1792, but the House of Lords overturned the decision after insisting on hearing its evidence for and against the trade. This would become a familiar narrative over time. Wilberforce’s adversaries were well-organized and powerful.

The influential London Society of West Indian Planters and Merchants was one of them, with tight ties to the City of London and MPs, some of whom were themselves absentee planters, such as William Beckford. After being forced to go on the defence in 1792, the abolitionist movement lost steam.

The French Revolution, particularly the September Massacres of 1792, frightened many would-be abolitionists, prompting pro-slavery defenders to accuse Wilberforce and his followers of being disloyal Jacobin sympathizers bent on subverting the British Constitution.

Throughout these difficult years, Wilberforce continued to deliver his yearly resolutions against the slave trade to Parliament, demonstrating his dedication to abolition. The tide eventually began to swing in favour of the abolitionists.

Many MPs were persuaded by events in the Caribbean, particularly the slave uprising in Saint Domingue (1791) and the emergence of Haiti (1804) as an independent Black republic, that it might be worth sacrificing the slave trade if it meant preventing further rebellions and thus preserving Britain’s slave colonies.

Others, both inside and outside Parliament, started to doubt the logic of sending enslaved Africans to Britain’s adversaries, particularly France and Spain when war broke out again in Europe (1804–15).

Abolitionists began to chip away at the legislative restrictions that safeguarded the slave trade as a result of this shift in the geopolitical environment. This was accomplished first by the Foreign Slave Trade Act (1806), which prohibited British slave traders from operating in territories controlled by foreign powers, and then by the Slave Trade Abolition Act of March 1807, which effectively ended Britain’s involvement in the transatlantic slave trade.

It was a watershed moment for Wilberforce and the SEAST members, as well as a personal success for Wilberforce. However, it is important to note that events in the Caribbean set the stage for this developing drama.

The fact that the United States was going to prohibit its foreign slave trade, as stipulated by the US Constitution, made the last push into 1807 much simpler. In this sense, the national and international were constantly in a precarious balance with one another, clashing at times and uniting at others to bring about real political change.

Wilberforce thought that abolishing the slave trade would lead to the gradual elimination of slavery as colonial interests were pushed to change it from within. However, by the early 1820s, it was clear that this policy was failing, owing to the illicit slave trade as well as the failure of British diplomatic efforts to internationalize abolition.

As a result, the Anti-Slavery Society, or, to give it its full title, the Society for the Mitigation and Gradual Abolition of Slavery Throughout the British Dominions, was founded in 1823 by Wilberforce, Clarkson, and others.

The establishment of the new organization signalled a significant shift in British anti-slavery politics. However, it is crucial to note that the organization did not seek the instant abolition of slavery, but rather the adoption of measures to ‘mitigate’ its worst abuses, as well as a plan for progressive emancipation culminating in total freedom (at a later date).

Anti-slavery campaigners originally embraced this gradualist strategy. The Anti-Slavery Society soon built a formidable network of local and regional auxiliaries, including several female organizations, some of which were more active than their male counterparts.

Estimates vary, but it appears that between 1825 and 1833, approximately 70 “female societies” were operating. The Birmingham Ladies Society for the Relief of Negro Slaves was one of the most enterprising, designing and producing a range of anti-slavery objects, including work bags, pin holders, and samplers, some of which are now on display in British museums.

‘Immediatism’ is a new direction.

As it turned out, the British government endorsed many of the Anti-Slavery Society’s ideas but – unfortunately – left the required action to slaveholder-dominated colonial legislatures. As a result, there was a standoff.

Despite their best efforts to maintain pressure on government ministers, many activists began to doubt both their dependence on petitioning and the benefits of their entire approach by the end of the 1820s. In response to this challenge, the Anti-Slavery Society’s younger members formed the Agency Committee in 1831, which represented yet another divergence.

First and foremost, the Agency Committee declared its commitment to ‘immediatism,’ a notion first proposed by Elizabeth Heyrick in her essay ‘Immediate, Not Gradual Abolition,’ published in 1824. Immediatism may (and did) imply different things to different individuals, but for most grassroots activists, it meant rapid parliamentary action to break the Caribbean’s impasse.

Vague promises were no longer acceptable. With this in mind, the members of the Agency Committee hired a team of five “agents,” or speakers, whose duty it was to appeal directly to the public conscience.

Passage of the Slavery Abolition Act of 1833: Caribbean black resistance and the expansion of the British electorate

The British struggle against slavery in the Caribbean reached its pinnacle between 1831 and 1833. There were two significant aspects in this case. The first was African-American resistance, namely the Baptist War in Jamaica (1831–32).

This was the latest and largest in a series of slave revolts that highlighted uncomfortable concerns about the long-term viability of slave communities in the British Caribbean, as well as colonial authorities’ brutally harsh tactics of suppression.

Passage of the Slavery Abolition Act of 1833:

The British struggle against slavery in the Caribbean reached its pinnacle between 1831 and 1833. There were two significant aspects in this case. The first was African-American resistance, namely the Baptist War in Jamaica (1831–32). This was the latest and largest in a series of slave revolts that highlighted uncomfortable concerns about the long-term viability of slave communities in the British Caribbean, as well as colonial authorities’ brutally harsh tactics of suppression.

The Reform Bill of 1832, which not only expanded the size of the British electorate but also established 67 new seats, including industrial cities like Manchester, Sheffield, and Leeds, was the second cause.

This was a golden chance for anti-slavery campaigners to make their case. British abolitionists increased their pressure on potential parliamentary candidates, publicly ‘outing’ those who represented the West India interest or backed gradualism, using much of the methods established by the Agency Committee. Conservative media, predictably, objected to these attempts to “dictate” to voters.

Anti-slavery activists were able to shape the composition of the First Reformed Parliament and, with it, the drive towards the Emancipation Act of 1833, even if they were forced to accept significant concessions at the last hurdle, the most notable of which was the £20 million granted to slaveholders as compensation for the loss of their “property.”

It’s also worth noting that no financial recompense was offered to the hundreds of thousands of individuals who were freed from slavery, a conspicuous omission that has led to current calls for reparations in the UK and the Caribbean.

This complicated past had a big influence on how Britain dealt with slavery. After 1833, it became common practice to see transatlantic slavery through the prism of abolition’s moral triumph, thereby replacing the horrors of slavery and the slave trade with a “culture of abolitionism.”