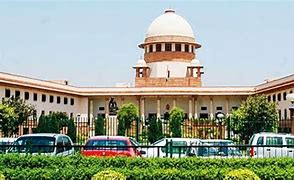 In this particular case, Surendra Trading Company Vs. Juggilal Kamlapat Jute Mills Company Ltd & Ors (Civil Appeal No. 8400 of 2017) the brief fact is that the appellant company filed a petition under Section 8 of Insolvency Bankruptcy Code, against the respondent company.

A certain amount was claimed by the appellant company but the particular application was filed without following Rule 6 of Insolvency and Bankruptcy (Application to Adjudicating Authority) Rules, 2016.

The Supreme Court was worried about the validity of the NCLATs decision, which ruled that the 7-day time limit set forth in the proviso to section 9(5) of the IBC for accepting or rejecting a petition or initiating the insolvency resolution procedure is required.

The Hon’ble Apex Court has on numerous occasions interpreted the word ‘shall’ to mean ‘may’. It cited cases such as P.T. Rajan Vs. T.P.M. Sahir and Ors. (2003) 8 SCC 498. Garbari Union Co-operative Agricultural Credit Society Limited & Anr. V. Swapan Kumar Jana & Ors. (1997) 1 CHN 189, where it was held that the statutory obligations and not mandatory.

Also, the Apex Court relied on judgment (1998) 4 SCC 543: AIR 1998 SC 1827) where it was rightly held that a procedural law should not ordinarily be constructed as mandatory; the procedural law is always subservient to and is an aid to justice.

Any interpretation which eludes or frustrates the recipient of justice is not to be followed.

The Apex Court also relied on Order 8 Rule 1 CPC which provided for 30 days limit and said that “it is to expedite and not to scuttle the hearing.

The provision spells out a disability on the defendant. It does not impose an embargo on the power of the court to extend the time.”

The Supreme Court ruled that the NCLAT’s determined that a 7 days time limit is required without any reasonable reasoning.

It went on to say that the 180-day deadline set forth in the IBC for completing the resolution procedure could not be used to support NCLAT’s decision because the 180-days deadline begins on the date application is accepted.

It was noted that there might be significant, reasonable and justified grounds for not being able to remove the flaws within 7 days in a specific situation.

As a result, the court determined that the clause requiring the removal of the fault within 7 days is advisory rather than required.

To prevent abuse, the court mandated that each request for a time extension is considered in a balanced manner.

The part of the impugned judgment of NCLAT was set aside which makes it mandatory to remove the defects within 7 days.

This Section provides that if ‘default’ has passed in payment of the said debt within the meaning of Section 2 (12), such a functional creditor may shoot a demand notice to the commercial debtor demanding payment of the quantum involved in the dereliction, in the prescribed manner, giving 10 days notice in this behalf.

Still, in case the payment isn’t entered or notice of disagreement isn’t entered, the functional creditor can file an operation under Section 9 for the inauguration of the commercial bankruptcy resolution process.

As we all know IBC is just a 5-time old provision and from time to time colourful emendations and judgment give it a shape. The present judgment bandied is an important judgment as it bandied the pivotal provision of IBC.

The statutory system establishing time restrictions provides a clear communication that time is the core of the Code, as NCLAT has rightly said.

As a result, the Code has established strict deadlines, making it one of the most scrupulous laws in the country and reflecting the council’s thing of making India a more effective judicial forum.

It should be well noted that someone can not be denied justice only because it has not performed it’s obligation within the time frame.