Hitler has always been on the side that says a lie 100 times and in the 101st time, it will be the truth.

And currently in the scenario of an online world where everyone is free to comment or post whatever he/she likes or dislikes, On any of the platforms available tagging any official and even at times on such things that are just not true.

But in the crowd of opinions, satires and parodies many just aims to disturb the law and order of any country either for the sake of any political agenda or just for creating a sense of dissatisfaction and disappointment among the citizens of the nation towards the ruling government.  This is what they call POLITICS and citizens call it POOR POLITICS and the government often calls it FAKE OR FALSE POLITICS.

SUCH KIND OF MESS OF THE FACTS CAN BE PURELY SEEN IN THE COUNTRIES LIKE INDIA HAVING SUCH DIVERSITY IN ALL SENSES.

IN INDIA THE SCENE OF THE FACTS, ITS PRESENTATION HAS A DRASTIC DIFFERENCE AT TIMES. HERE THE MEDIA JUST TO MAKE THE NEWS SPICY OR IN THE WAY THEY WANT TO PRESENT TRANSFORMS THE WHOLE HEADLINE AS IF IT IS OF A THRILLER SHOW.

FOR EXAMPLE: IF THE GOVERNMENT WILL SAY THAT PSUs ARE NOT DOING WELL, THEN THE HEADLINE WILL BECOME;

“PSUs IN THE DEEP, GOVERNMENT IN SLEEP!”

BY THE MENTIONED EXAMPLE IT CAN BE ASSUMED THAT WHAT IS THE CONDITION OF FACTS IN INDIA.  HERE ON ONE SIDE WHERE ALLEGEDLY THE MEDIA HOUSES ARE SOLD, PEOPLE STARTED ONLINE SEARCH OF THE TRUTH, BUT THEN THEN THERE IS ONE MORE PROBLEM WAITING I.E THE FAKE NEWS.

INDIA HAS BEEN A VICTIM OF SEVERAL CLASHES, DEBATES AND OFFICIAL EXPLANATIONS DUE TO THE FAKE NEWS.

THE PROBLEM OF FAKE NEWS WAS BECOMING BIGGER DAY BY DAY, FOR WHICH THE INDIAN GOVERNMENT RECENTLY BROUGHT A NEW ETHICS CODE FOR THE SOCIAL MEDIA PLATFORMS ESPECIALLY FACEBOOK, WHATSAPP AND TWITTER.

THE PLATFORMS REMAINED ON THE TOP PRIORITY LIST BCAUSE HIGH-END OFFICIALS USE THEM AND A HUGE LOT OF POPULATION OF THE NATION IS ALSO CONNECTED TO THEM AND ANY PIECE OF FAKE OR FALSE NEWS CAN LEAD TO BLUNDERS.

UNDER THE NEW ETHICS CODE THEY MANAGED TO KEEP SOME RESPONSIBILITY OF THE PLATFORMS REGARDING THE CONTENT BEING POSTED. Some of the highlights are as follows :

• It commands a grievance redressal system for over the top (OTT) and digital portals in India.

• Significant social media firms have to appoint a chief compliance officer and have a nodal contact person who can be in contact with law enforcement agencies 24/7.

• Social media platforms will also have to name a grievance officer who shall register the grievance within 24 hours and dispose of it in 15 days.

• If there are complaints against the dignity of users, especially women – about exposed private parts of individuals or pornography or impersonation etc. – social media platforms will be required to remove that within 24 hours after a complaint is made.

• They also will have to publish a monthly report about the number of complaints registered and the status of redressal.

• There will be three levels of regulation for news publishers — self-regulation, a self-regulatory body, headed by a retired judge or an eminent person, and oversight from the Information and Broadcasting Ministry, including codes of practices and a grievance committee.

But now even when the big giant like GOOGLE has also agreed to cooperate and go with y the law of the land the other one is still staying to keep itself out of the law.

Right on the deadline date that was 26th MAY 2021, WhatsApp moved a petition against the new codes under the umbrella of free speech and protection of end to end encryption as under the code the government can even ask to know the origin of the fake news.

It also agreed that it will not force the user’s to accept their new privacy policies instead would continue to offer them to do so. In respect of which the honourable SUPREME COURT issued a notice to the Ministry seeking clarifications.

Here the question arises that whether our existing laws were insufficient to deal with the whole online stuff?

It is not like that, that INDIAN law didn’t have any special provisions to deal with the matters, but,

For instance, Sec 66A of the ITA, which was a direct answer to fake news and false information was struck down by the Supreme Court of India for being against the right to freedom of expression.

The Court found that provision to be arbitrary, excessive, and disproportionate. And not just ITA the IPC also has several sections dealing with falsehood, fake news and misinformation including Sections 153A 292, 295A, 499, 503, 504 and 505, but, it is a fact that several dishes that looks tasty often ends ups with several major missing.. just in the case of laws, when it comes to the table of the bench, the responsibility to give the best and a wide scope judgement gets on with them, the reason laws passed by the parliament often loses their case in courts.

PROTECTION from ONLINE FALSEHOOD AND MANIPULATION ACT (POFMA), a SINGAPOREAN LAW, labels FALSE news and false info as criminal acts and permits the manager authorities to get rid of any objectionable online content, keeping the scope worldwide.

And instead of several representations of the law to be violative of freedom of speech and expression the framers believe it to be for the sake of the nation and with the good intentions of not spreading fake news that can cause the nation any sort of harm.

The ACT also upholds the provisions of a fine of up to $50000 and even imprisonment.

It is the same, I under which MR. ARVIND KEJRIWAL was also in news because of false tweets regarding the covid 19 variants.

It can be seen that the laws are nothing different in any nation it is just how they are brought into action.

It is not that ITA AND IPC are insufficient or POFMA is the cure, it is if that if the laws are not used with malicious intent.

Hence, the conclusion can be that if the hands of prevailing laws can catch the culprits across borders, these will be sufficient and in the end, it is the nature of law to get advancements with the coming up of cases and different scenarios. 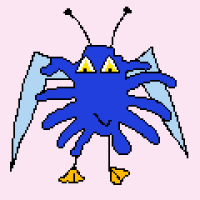