WHAT IS CODE OF ETHICS?

A code of ethics is a set of guidelines that are designed to set forth acceptable behaviours for members of a particular group, association, or profession. Many organizations govern themselves with such a code of ethics, especially in case of sensitive issues like investments, health care, or interactions with the cultures of others.

In addition to setting a professional standard, a code of ethics can also increase confidence in an organization by showing outsiders that members of the organization are committed to following basic ethical guidelines in the course of performing their work.

The government of India has been working on amending the nation decades-old Information Technology Act and now finally we have a rule. The all-new code of ethics mandates intermediaries to exercise “due caution and discretion” about the general principles around online therapeutic content.

The document states “Appoint a nodal person of contact for 24×7 coordination with law enforcement agencies and officers to ensure compliance to their orders or requisitions made following the provisions of law or rules made thereunder,”.

The all-new Information Technology (Guidelines for Intermediary and Digital Media Ethics Code) Rules, 2021, will usher social media and all the streaming services under a regulatory framework. The bulky document lays down rules and general principles for benefaction safeguards about digital and online media.

The Indian government has also introduced a three-tier regulatory framework for addressing grievances.

The three-tier structure is

The document says that an applicable entity shall take into consideration the following factors, when deciding to feature or transmit/publish/exhibit any content, after duly considering the implications of any content as falling under the following categories, and shall exercise due caution and discretion about the same, content which affects the sovereignty and integrity of India, content which threatens, endangers or jeopardies the security of the State, content which is detrimental to India’s friendly relations with foreign countries.

The all-new document by the government restricts online content platforms, to protect the sovereignty and integrity of India.

“An intermediary, upon receiving actual knowledge in the form of an order by a court of competent jurisdiction or on being notified by the appropriate Government or its agency under clause (b) of sub-section (3) of section 79 of the Act, shall not host, store or publish any information prohibited by any law about the interests of the sovereignty and integrity of India: the security of the State; friendly relations with foreign States; public order; decency or morality; about contempt of court; defamation; incitement to an offence, or information which violates any law for the time being in force,” the document explains.

The rules made under the Act shall apply to applicable entities, were

It also adds, “The rules made under this Part shall come into operation after three months from the date of publication of these rules.”

The document mentions section 87 of the Information Technology Act, 2000 that offers its powers to make such rules.

Under the due diligence by intermediaries, the document says, “The rules and regulations, privacy policy or user agreement of the intermediary shall inform the user of computer resource not to host, display, upload, modify, publish, transmit, store, update or share any information that;

(i) belongs to another person and to which the user does not have any right,

(ii) is defamatory, obscene, pornographic, pedophilic, invasive of another’s privacy, including bodily privacy, insulting or harassing based on gender, libellous, racially or ethnically objectionable, relating or encouraging money laundering or gambling, or otherwise inconsistent with or contrary to the laws of India,

(iii) is harmful to minors,

(iv) infringes any patent, trademark, copyright or other proprietary rights,

(v) violates any law for the time being in force,

(vi) deceives or misleads the addressee about the origin of the message or knowingly and intentionally communicates any information which is patently false or misleading in nature but may reasonably be perceived as a fact,

(viii) threatens the unity, integrity, defence, security or sovereignty of India, friendly relations with foreign states, or public order, or causes incitement to the commission of any cognizable offence or prevents investigation of any offence or is insulting any foreign States,

(ix) contains a software virus or any other computer code, file or program designed to interrupt, destroy or limit the functionality of any computer resource,

(x) is patently false and untrue, and is written or published in any form, with the intent to mislead or harass a person, entity or agency for financial gain or to cause any injury to any person.

See also  MAHABHARAT AND RAMAYANA TO BE TAUGHT IN SCHOOLS?

WHATSAPP FILED SUIT AGAINST THE NEW IT RULES 2021

WhatsApp, one of the most amateur messaging platforms in India with million users, has moved court against the new Intermediary Guidelines and Digital Media Ethics Code Rules 2021 or the new IT Rules 2021 announced by the Ministry of Electronics and Information Technology (MEITY).

The platform has termed the new rule as “Unconstitutional” and says that complying with these terms would mean the end of privacy.

According to a report, the Facebook-owned platform has filed a complaint in Delhi High Court against one of the new rules, which requires social media companies to identify the first originator of the information and provide it to authorities when they demand it.

WhatsApp says that it would not be possible for the company to do that as its messages are end-to-end encrypted and this would mean it is violating the privacy policy.

The Information Technology (Intermediary Guidelines and Digital Media Ethics Code) Rules, 2021 have the probable to fundamentally change how the internet is accessed and used by millions of users across the country.

Many of the changes proposed to continue with greater subtlety, what we had first in 2018 termed as a “Chinese model of online surveillance and censorship”. We fear that despite material changes made to the draft rules, some new areas of regulation have been added without public deliberation.

In some respects, it has even become substandard, with an illegal and unconstitutional proposed augmentation of executive power to regulate online social media and video streaming platforms. This makes an urgent necessity for a fresh consultation, commencing with a white paper.

The Internet Freedom Foundation believes in an apparent need for regulation that is centred within our constitutionality and advances fundamental rights. This helps to bring much-needed oversight and accountability to big technologies.

However, the present approach, not only ceased to adopt this in a letter in spirit but also has the potential of chilling our voices online and also hurting and infringing our privacy. 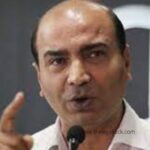 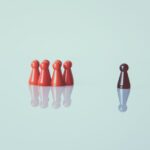