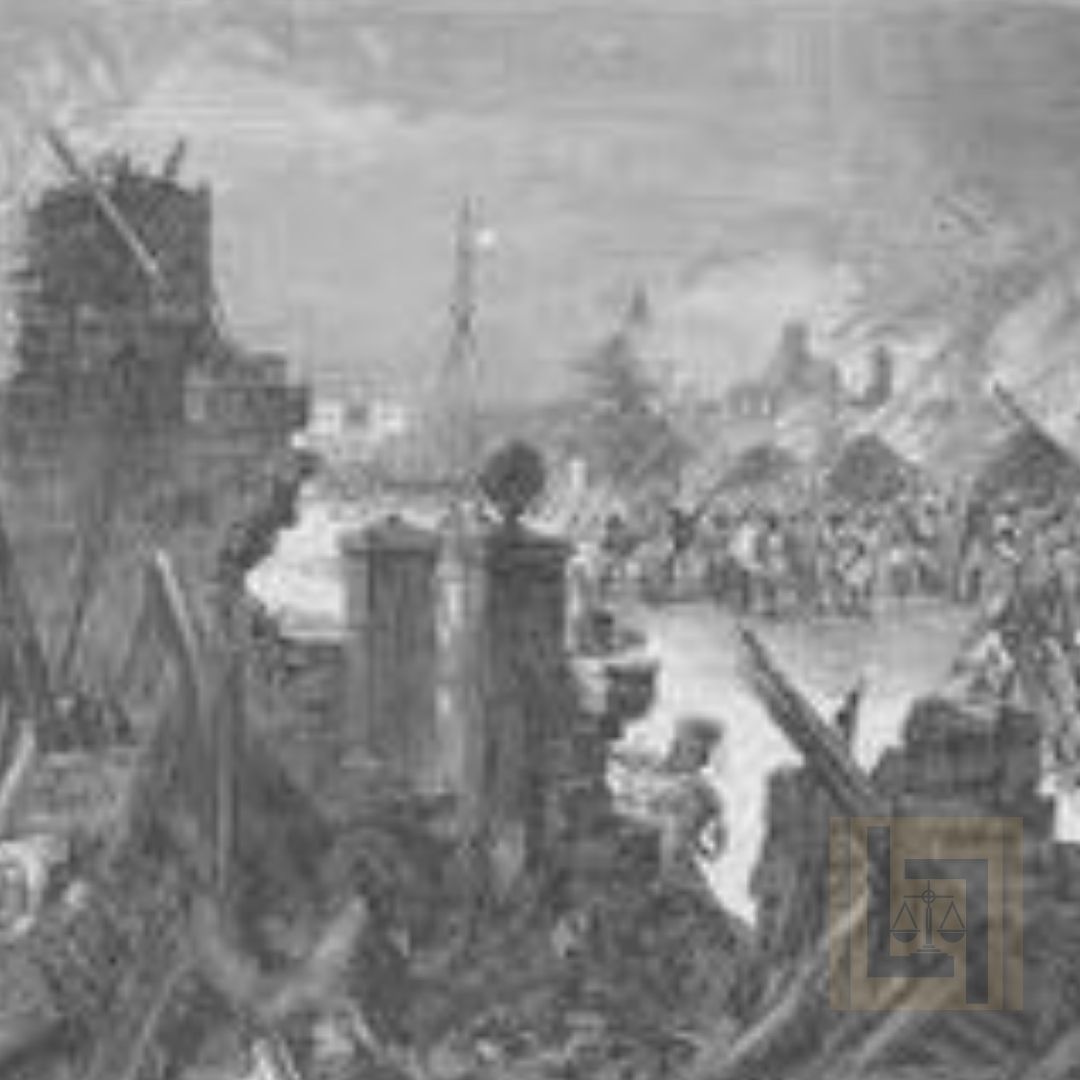 THE HISTORY OF INDEPENDENCE

The story of India’s independence is popular across the globe for its non-violent method of protest and the glory of Mahatma Gandhi who led India there. This heritage is still appreciated and marked even today. Even though Mohandas Gandhi’s struggle for non-violence succeeded in most parts of getting Independence for India. But the bloodshed that happened during and after the time of Independence is often forgotten as it was not peaceful, and the struggle for Independent India was violent, bloody and messy.

The British colonial rule in India was established due to multiple wars which were fought across the globe, it started from the mid of the 18th century. There was a lot of violence and wars fought and consisted of military dominance and coercion. The uprising of 1857 is proof of the violence and lives lost. Series of rebellions took place across north India and the mutiny was crushed.

But, the protest inspired the next generations of Indians to come who fought for India’s Independence and led the country there. It is because of the sacrifices and tenacity of such soldiers and the people who lived through the British rule and opposed it, India got its independence and remains as such decades after Independence. The story of Independence is bound to inspire every Indian and makes one understand the true meaning of patriotism and the gift of life.

India witnessed multiple communal riots in the year 1948 after the Partition of India. States like Bengal and Bihar had a lot of violence during this period in history. 15 August is celebrated every year as the Independence day of India as the British left India in August of 1947 after ruling in India for almost three hundred years. After the British left, the subcontinent was partitioned or divided into 2 independent nations: India and Pakistan. Where the majority of Hindus remained in India and Pakistan had the majority of Muslims.

Soon after this, one of the greatest migrations in history took place between the two countries. Millions of Muslims moved to the East and Wide side of Pakistan which is now known as Bangladesh, and millions of Hindus and Sikhs travelled in the other directions, even though hundreds and thousands of people never made it to the destination. Violence along the lines of religion broke out in some states during the time of the partition

Communities that had previously co-existed for about a millennium started to fight among each other and attacked one another which resulted in an outbreak of sectarian violence. This terrifying outbreak consisted of people belonging to the Hindus and Sikhs community on one hand and the Muslim community, on the other hand, this genocide was unexpected and led to countless innocent people losing their lives who were either part of the riot or had merely gotten caught in the middle of the crossfire.

The provinces of Bengal and Punjab which shared the borders with East and West Pakistan respectively were the places that suffered violence the most, the situation was extremely intense and there was massacres, mass abductions, arsons, sexual violence and forced conversions all over the place.  Roughly about seventy-five thousand women were raped due to the prevailing situation and a lot of them were dismembered or disfigured.

The partition displaced about ten to twenty million people along religious lines that only resulted in a refugee crisis in the dominions which were newly constituted. The amount of violence during this migration due to the partition was huge and estimated the loss of life on a very large scale. About two hundred thousand to two million deaths took place during this time. This violent nature of the partition also led to the creation of a hostile and suspicious environment between India and Pakistan. The repercussions of this still exist today between the two countries.

This has also affected the relationship between India and Pakistan. Trains were used to travel to Pakistan. Rural Sikhs travelled in long oxcart trains which were headed towards India, other people of the Muslim community travelled in refugee trains which were headed towards Pakistan, and even functioning refugee trains transported people to Punjab. But despite all that about ten to twenty million people were displaced due to the ongoing violence of partition.

Just within months of the states being formed which followed the partition, a massive amount of population was exchanged even though there was no conception that the population exchange was necessary due to the partitioning. Various religious minorities stayed in the states they were previously residing in. An exception was made for the people in Punjab as the migration was organized due to the communal violence which was affecting the province, and this did not apply to the other provinces.

The population of India before the division was about three hundred and ninety million and after the partition, there were only three hundred and thirty million people in India as 30 million were in West Pakistan and the other 30 million in East Pakistan. After the boundaries were established about 14.5 million people crossed the borders due to religious preferences.

One of the first series of religious riots took place in the year 1947 in Calcutta. History reads that men were tied and tortured, the tensions between Hindu mobs and Muslims began to rise to the point of torture, violence and death. About five thousand people were killed. The streets of Calcutta were extremely violent and dangerous to step into and this made the migration even more difficult for those wanting to travel to other provinces. Muslim League Council feared suppression and hence showed their strength in the way of killing Hindus and looting them.

Noakhali was a part of Bengal during that time. It is situated in present-day Bangladesh. There was widespread killing of Hindus and looting of shops, homes and businesses owned by Hindus which was carried out by the Muslims. This was viewed as an attempt to kill the Hindus in Noakhali, Bengal and make them flee and migrate to the newly formed Republic of India. History indicates that nearly five thousand people were killed during this period and about fifty thousand people remained marooned.

Soon after the partition was in process, the state of New Delhi witnessed its share of blood. The streets were littered with dead bodies. Reports suggest that army troops opened fire on innocent Muslims. Prime Minister Jawaharlal Nehru estimated about a thousand innocent lives lost, but other reports suggest that the rate of the casualty was almost twenty times higher. Violence in Delhi led to 20000 to 25000 Muslim causalities.

In Lahore, the remaining British officials who were leaving witnessed dead bodies on their way to the railway station. The platforms of the railway station were covered with the blood of the Hindus who were fleeing the city. They were massacred by a Muslim mob while they were waiting for the train. The train Bombay express left Lahore and crossed Punjab which was ablaze with flames in various villages

After the partition of India, in the Jammu region of the princely state of Jammu and Kashmir hundreds of Muslims were massacred while others were driven away to West Punjab. These massacres were carried out by Hindus and Sikhs along with the forces of Maharaja Hari Singh. Many activists played an important role in planning and executing the riots.

About 20000 to 100000 Muslims were executed and about 20000 non-Muslims were massacred by the Pakistani soldiers and tribesmen in the Mirpur region. Various Hindus and Sikhs were also killed in the Rajouri area of the Jammu division.

Pakistan Army and tribal raiders invaded the Kashmir Valley in 1947 merely months after the Partition of India. This was referred to as Operation Gulmarg.  A countless number of innocent people who were residing in that region during that time were killed by the Pakistan Army.

During the end of the year 1948 soon after Independence, tens of thousands of people were killed in central India, Hyderabad. This recently came into the hands of the media. History suggests that people were lined up and shot by Indian army soldiers. The report commissioned by the government that explained the situation in Hyderabad 1948 was never released and hence there is a lack of knowledge or minimal mentions in history regarding this particular massacre.

The partition and Independence of India happened over 70 years ago. It was caused in part by the 2 nation theory which was presented by Syed Ahmed Khan because of the religious issues which were prevailing at the time. India became a majority Hindu but secular country while Pakistan became a Muslim country. Over time, the lack of separation between religion and politics in the country soon led to religious ideologies which had an impact on the local political parties. This is why throughout our history violence on a large scale usually occurs either due to religious matters or political matters or both.