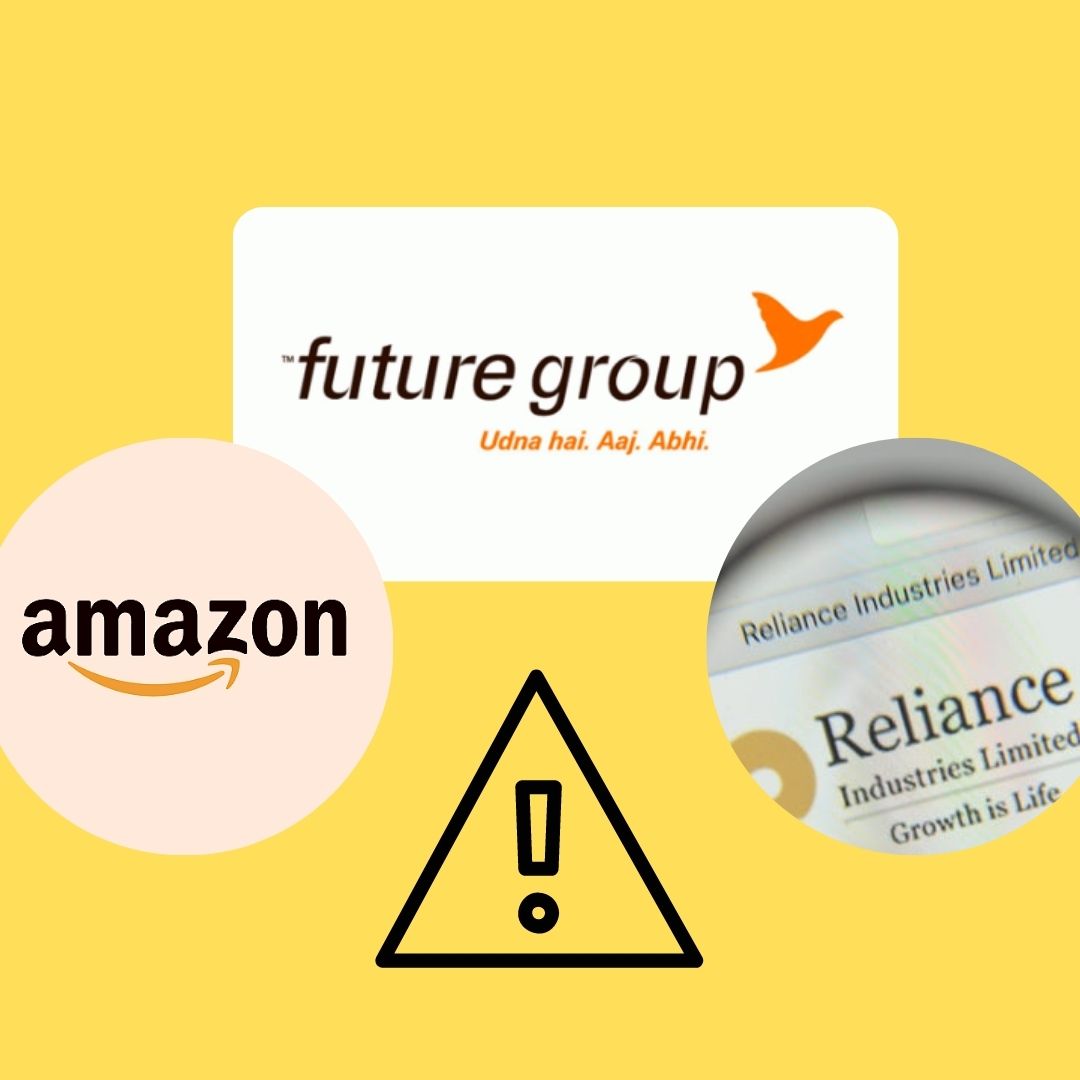 Among one of the most profitable industries in the world, reliance dominates the Indian market as well, alongside gradually growing as a dominant name in the international market by establishing its name extensively in various fields in the global market. Be it energy, natural gas, petrochemicals, mass media, telecommunications, e-commerce, television entertainment, music, retail or financial services, reliance’s outreach is widespread.

As of 2020, the firm is rated 96th on Fortune’s Global 500 list of the world’s largest corporations. In 2016, Platts rated it eighth among the Top 250 Global Energy Companies. Reliance follows its footsteps of success, aiming to be India’s top exporter, and presently accounts for 8% of the country’s total export of producers at an amount of $147,755 crore, spreading its access to 108 markets across the world.

Now, focusing on Future group, it is important to know that Future Group is a household name in India in today’s date since it’s retail/fashion industries are among the most dominant in the market. Be it outlets like Big Bazaar, Brand factory, fashion brands like Indigo Nation, Bare, Spalding and Lombard, Future Group has established its sectors well enough to become a well-known name, which is a key contributor to its brand value today.

A summary of the tussle

A call option was also given, which could be exercised between the third and tenth years. As a result of the call option, Amazon was able to purchase Future Coupons’ stake in Future Retail following the law. Future Retail would sell its supermarket chain Big Bazaar, premium food supply business Foodhall, and fashion and clothing superstore Brand Factory’s retail and wholesale operations to Reliance Retail as part of the agreement.

Now, before signing this deal, Amazon had indicated Future Retail to not sell its shares to certain companies in the contract, which were blacklisted by Amazon, violating which would lead to Amazon liquidating its shares in the company.

However, in August 2020, Future Group violated this contract by agreeing with Reliance Retail, a subsidiary of the Mukesh Ambani led Reliance Industries to sell its warehouse, retail and logistics business for INR 26,000 crores. This led to Amazon taking Future Group to Court, trying to prove that the said agreement between Future Group and Reliance Retail was invalid since it violated the clauses of the contract signed by Amazon and Future Group.

Noticing the breach by Future Group of their 2019 agreement and entering into business with Reliance, Amazon decided to summon the Kishore Biyani led Future Group in an arbitration process in the Singapore International Arbitration Centre(SIAC) where Amazon argued about how this deal between Future Group and Reliance violated the contract entered into by Amazon and Future.

Amazon specified that the deal between Reliance and Future Group violated the non-compete clause and also violated the right of first refusal pact. Another violation committed by Future Group as alleged by Amazon was that Future was supposed to inform Amazon before entering into any new agreements, which it did not.

The Future Group, for its side, claimed that it had not sold any stock in the firm but was just selling its assets, and so had not broken any of the contract’s provisions.

Taking cognizance of the matter and considering all facts, the SIAC ruled in favour of Amazon and stated that all dealings between Reliance and Future group needed to be stalled regarding the stated matters, since this would violate the contract entered into by the former parties.

The emergency arbitrator, VK Rajah, granted an emergency arbitration in this case and ordered in favour of Amazon on October 25. The judgment barred Future Group businesses from pursuing the share seal transaction, as well as any other agreements with Reliance and other prohibited parties named in the non-compete clause signed by Amazon and Future Coupons.

It is important to note here that Amazon didn’t fail to consider how Indian laws did not have provisions that would enable orders of international arbitration agencies to rule in India. Future Group and Reliance took advantage of this factor and didn’t heed the orders passed on by the SIAC. This was noticed by Amazon too, and hence Amazon decided to take the proceedings further.

The American giant approached the Securities and Exchange Board of India(SEBI), which asked Amazon to appeal before the Delhi High Court. The Arbitration and Conciliation Act of 1996 has a section that allows an interim order issued in a foreign seated arbitration to be enforced, thus declaring the arbitration held in Singapore to be valid. Following this, Amazon filed a complaint with the Delhi High Court.

Decisions by the Court

Post the arbitration procedure in Singapore and after the recommendation of the Securities and Exchange Board of India to approach the Court, Amazon decided to approach the Delhi High Court with the prayer that it should be recognized that Future Group had violated the clauses of the agreement signed by Amazon and Future and that Amazon had all rights to ask Future Group to not engage with Reliance. Adding to this, Amazon pleaded that the order passed by the Singapore International Arbitration Centre be heeded and recognized in India, so that the agreement between Reliance and Future Group be quashed and held invalid.

The Delhi High Court then sent a notice to Future Retail (FRL), Reliance Retail, and the Biryanis, requesting their input on Amazon’s appeal of certain of the single judge Bench’s findings, which was followed by Amazon asking for the detention of Biyani, the head of the Future Group, as well as his family members. The Delhi High Court then ordered a status quo on the deal between Amazon and Future Group, which served as a relief to Amazon, but it was short-lived since it was lifted soon, too.

Hence, Amazon decided to approach the Supreme Court, which was the final nail in the coffin for the Reliance-Future deal. The Supreme Court had allowed Future Group to approach the National Company Law Tribunal(NCLT) after the company had filed a plea in the SC for the same, but then the court restricted the NCLT on finalizing any orders sanctioning the deal.

The Supreme Court ruled in favour of Amazon, reversing a Delhi High Court order led by a single Judge bench, where the court had stayed the sale of Future Retail’s business of worth INR 24,713 crores to Reliance. This was done after Amazon had approached the Supreme Court with the prayer to reverse the Delhi High Court’s judgement, which was upheld.

Hence, the final nail was hammered on the coffin of the Future-Reliance deal, even after Future Group had stated that unless the bond was signed, it would have to pull its retail shutters down, which would affect the livelihood of nearly 29,000 of its employees. Yet, the Supreme Court, taking cognizance of the losses that would be suffered by Amazon, as well as the clauses of the contract signed between Amazon and Future Group, held that the orders of the SIAC arbitration would hold value here, and thus, ruled in favour of Amazon.