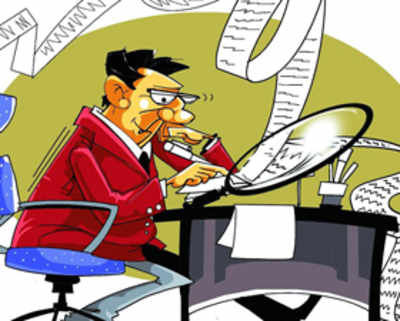 1] Fraud – in Banking Sector:
Case Name – Padmakar Deshpande and others. V/s Union of India
Citation No. – Not available
Facts of the Case:
Bank of Maharashtra is known as the nationalized bank of India which works under the Ministry of Finance [Government of India]. The bank has it headquarter in City of IT hub i.e., Pune. It has about 15 million existing customers spread over with 1,900 branches across the India. The total turnover of the bank has crossed ₹ 2,66,000 lakh crore as in the year 2020.
On 21st July, 2017 the Central Bureau of Investigation [CBI] has arrested a former Bank of Maharashtra official and the director of the Gujrat based logistics firm based in Surat in the fraud case with an alleged scam of ₹836.29 crore. The accused were identified as Padmakar Deshpande who is the Zonal Head of the Pune city Bank of Maharashtra and Rajkumar R. Baid the Director of the Siddhi Vinayak Logistics Ltd., Surat. Later, the CBI officials registered the case on the logistics firm and the 10 others, including the top position bearer of the bank. There was the allegation on the bank that it has sanctioned various credit giving facilities to the logistics ltd. Company between year 2012 and 2014 including working capital limit, loans, loans based on terms to 2,802 drivers of the logistics firm ltd. under the scheme of ‘Chalak Se Malak’ means from driver to owner for the purpose of purchasing the trucks. The loss occurred to the bank was about ₹836.29 crore. Further, it was alleged that the loans sanctioned to the drivers for the purpose of purchasing the trucks was done without their knowledge by forged documents and also the logistics ltd. does not use the sanctioned loan for the purpose for which it was made and given, rather it was runned for the other purpose. All the process which involves sanctioning of loan and the rules and regulation through which it has to be made was done by Padmakar Deshpande and has also violated the guidelines for lending the money.
CBI officials said that, the other arrested Rajkumar R. Baid was the director of the Logistics Company and was authorized to operate the account of the company. Also, according to the sources of CBI it has been reported that the logistics company has three more cases registered on them with the alleged frauding of Oriental Bank of Commerce, Bank of Baroda and Indian Overseas Bank to the tune of ₹1,566.39 crore. A thorough search was conducted at the residence of Padmakar Deshpande in Pune and has received the electronic gadgets, LIC policies, FD’s, 2 locker keys of bank and other related documents.
The arrested accused were produced before a special judge in Mumbai on 22nd July, 2017.
Issue Raised:
Following are the issue raised taking down the facts of the case:
1] Whether Deshpande could be held liable under cheating?
2] Should the director of the company or the company would be liable under Banking Regulations Act, 1949?

Judgement:
It was informed by the CBI to the special judge on 22nd July, 2017 that, the Siddhi Vinayak Logistics Ltd. has also been alleged into other fraud with the Oriental Bank of Commerce, Bank of Baroda and Indian Overseas Bank to the tune of ₹1,566.39 crore and has no guaranty that it will not mislead any other bank from the next time. So, taking stringent action on them is necessary to keep the banking sector with no fraud and also the Deshpande who has the big and sole responsibility on the shoulder has made the goodwill of the bank down and has made a wrong impact on the society and disobey the terms and conditions.
Taking down the facts and arguments the special court on Friday remanded the accused in the custody of the central agency and directed to do the further investigation.
Interpretation/Analysis:
This case analysis discusses the fraud which took place in Bank of Maharashtra on 21st July, 2017 which had took place due to lack of watch on the zonal officer. If there could been a daily watch over them by the senior officers it could not have occurred and there could be a stringent law which safeguard it from undergoing the illegal activities.
Conclusion:
From taking down the scenario we can conclude that Banking Regulation Act, 1949 could be made more stringent by making rules and regulation which has to be followed by them. Making banking sector more secured, defraud and digitalized.
References:
1] https://www.hindustantimes.com/mumbai-news/cbi-arrests-former-zonal-head-of-bank-of-maharashtra-in-rs836-crore-fraud/story-T2zWVAzWOwu5lQSvmeb6NI.html
2] https://timesofindia.indiatimes.com/city/ahmedabad/surat-businessman-arrested-for-bank-fraud/articleshow/59706197.cms
3] https://indianexpress.com/article/cities/pune/bank-of-maharashtra-officer-arrested-over-rs-836-crore-fraud-4761756/
4] https://en.wikipedia.org/wiki/Bank_of_Maharashtra

2] Fraud – in MNC’s:
Case Name: Satyam Computers V/s Union of India
Citation No. – Not available
Facts of the Case:
Satyam Computers Services Ltd. was incorporated in the year 1987 in Hyderabad by two brothers Rama Raju and Ramalinga Raju [henceforth Raju]. This company began its services in IT and BPO across various sectors by taking the help of 20 employees. The company was soon indulged into the initial success where it got listed and opted for the IPO in the Bombay Stock Exchange [BSE] in 1991. It further encouraged their business to grow in a tremendous manner and became one of the top scorer company in the market. Satyam soon became the fourth largest software exporter in the industry after TCS, Wipro and Infosys. So, taking down the success rate and its services it employed more than 50,000 employees and operated beyond 60 countries. The company was worth $1 billion in 2003 and soon went on to cross $2 billion in 2008. By seeing the growth rate of the company, it was awarded with the “Golden Peacock Award” for Corporate Accountability in 2008. In the year 2008, the Board of Directors of the company decided to takeover ‘Maytas’ a real estate company owned by Mr. Raju. But this does not sit well with the shareholders which led to reversed the decision within 12 hours impacting on the stock price. Further, several penalties were imposed by the World Bank against an Indian outsourcing company. In its response the World Bank had maintained that it had failed to maintain documentation to support fees charged to the subcontractors and also provided improper benefits to the staff.
In the year, 1999 Mr. Raju began inflating the quarterly profits to meet the analyst’s expectation. He had done this along with the company’s global head for internal audit. Raju had also used his personal computer to create a various bank statement in order to inflate the balance sheet. The company’s global head created the fake customer identities and fake invoices in order to inflate the revenue. This allows company to get loans and lead to the upliftment of the share price. He went on to create fake records of the employees and withdraws $3 million every month as salaries on their behalf that did not exist. All this money was diverted into the real estate i.e., ‘Maytas’. The 2008 recession was hit in a such badly way that all the real estate business collapses and creates a liability of $1.04 billion. This all put Raju at the mercy of law. The Price Waterhouse Coopers [PwC] was the auditor of the Satyam. It was the duty of the PwC to examine the financial records but rather it was surprised that they do not notice 7561 fake bills after auditing Satyam for almost 9 years. There were some easy ways through which these fake bills can be identified but further it was identified that they were paid twice the fees for their services. Further, Merrill Lynch discovered the fraud within 10 days. Two days after the confession the Raju was arrested and charged with criminal conspiracy, forgery and breach of trust. The price of share was felt to Rs.11.50 on that day compared to Rs.544 in 2008. The CBI raided the house and found 112 sales deeds to different land purchases were found and also found 13,000 fake employees record created in Satyam and claimed that the scam amounted to Rs.7000 crores.
Issue Raised:
1] Should the license of the audit firm should be cancelled?
2] Should they be given the life imprisonment?
Judgement:
All of them were produced before the court and were directed to the custody. Also, PwC was found guilty and its license was temporarily invoked for 2 years. The court also imposed a fine of Rs 5 crore on Ramalinga Raju, the Satyam Computer Services Ltd’s founder and former chairman, and his brother B Rama Raju and Rs 20-25 lakh each on the remaining accused.
On 4th November, 2011 bail was granted to Raju and two other accused. But, in 2015 Raju, his 2 brothers and 7 others were sentenced to 7 years imprisonment.
Interpretation/Analysis:
The governing body of the company should have a watch over the working of the company and the work of auditing should be given to the governmental firms through which these types of scams could not be awake in the MNC’s.
Conclusion:
It was the first ever scam done by the CA and the audit firms which lead to the many loopholes. White collared crimes like these not only make the company bad but also the industry and country.
References:
1] https://tradebrains.in/satyam-scam/
2]https://www.hindustantimes.com/business/satyam-scam-all-you-need-to-know-about-india-s-biggest-accounting-fraud/story-YTfHTZy9K6NvsW8PxIEEYL.html .
3] https://www.scirp.org/html/2-2670015_30220.htm 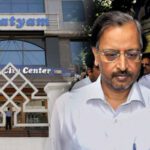 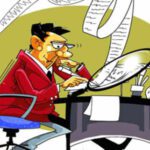